We sell designer clothes for below retail price and sweets for well above, says TK Maxx

TK MAXX has explained that it makes a profit on £50 Gucci jeans by selling liquorice whirls by the counter for £3.50.

The designer clothing retailer reassured shareholders that their business model of selling a £1,200 jacket for £105 was entirely sustainable because of what they rake in on small tins of toffees.

A spokesman said: “The Armani or whatever is a loss-leader to get the punters in the door. It’s in the queue we make all our money.

“No matter how many discount Calvin Klein shirts and Radley bags the punters have got in their arms, they can’t resist paying £5.80 for a gumball machine full of off-brand jelly beans.

“£2.50 for a packet of Yorkshire Crisps? But they pay it because they think they got a good deal on the clothes. It’s a reward loop.” 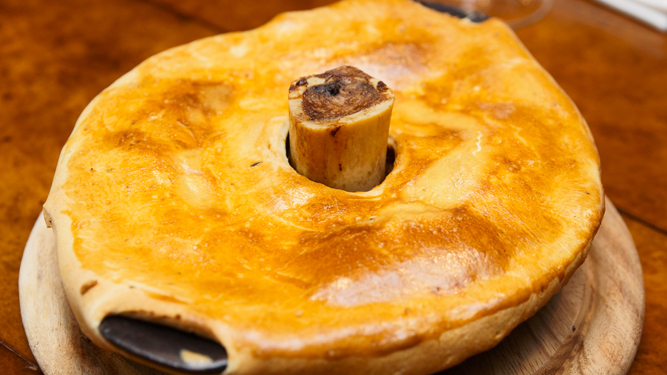 The businessmen hit out at property owners refusing to let House of Fraser stores pay reduced rents, speaking from the custom-built luxury pie in which he spends his days while women in bikinis ladle gravy over him.

He said: “The grabbing bastards. What happened to being happy with enough? Mmmm. More Worcestershire sauce please love.

“This gold-leaf Villeroy & Boch pie dish didn’t come cheap, but I didn’t make my money by fucking over the little man to line my own pockets. Nor would I. Ask anyone.”

Pausing to suck some marrow from the huge bone which is the pie’s centrepiece, he continued: “Ask any of the Toon Army. They know Mike Ashley abhors greed. Right. Hold my crown. I’m going in.”

The billionaire then disappeared beneath the pie’s crust, and did not re-emerge.