THE black coven of warlocks at the heart of the Bank of England will raise interest rates by the new year, they have sworn.

Chief necromancer Mark Carney has told businesses that the spectre of spiralling interest will once again be stalking the land, ruining lives and stealing homes, when their rituals are complete.

He continued: “In the 1990s, under the Grey King John Major, they called it the Great Destroyer.

“Not a family in the country escaped the blight of its touch. It was capriciously generous, lavishing rewards on savers to tempt them into credit before stripping them of all assets in an instant.

“The people thought it slain. But by my magick and the Necroeconomicon it will rise again, surpass its previous height of 15 per cent, and devour us all.”

“They light candles, chant The Wealth of Nations backwards, and generally try to convince themselves they actually have some control over the economy.”

Septum rings ‘have the same timeless appeal as eyebrow piercings’ 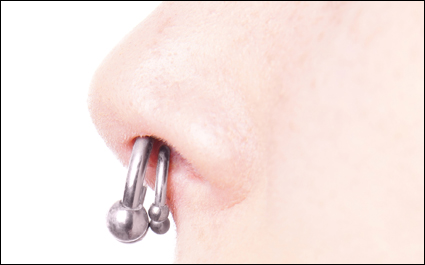 THE fashionable septum piercing will look cool forever much as eyebrow rings do, it has been claimed.

Stylist Nikki Hollis said: “Everyone got eyebrow rings in the 90s, and they still look as classy and original now as they did then.

“It’s not like everyone ditched them after three months apart from Australian trance DJs called ‘Chuckie Real’.

“In fact history shows us that piercings are never just a short-lived fad that soon becomes a source of embarrassment and infection to the wearer.

“Look at nipple rings. Another classic that totally transcend their era.”

19-year-old pierced nasal cartilage owner Mary Fisher said: “I’m septum ring till I die. Whatever the significance of it is, that’s significant to me.