Woolworths Filled To The Rafters With Crap After All

Shoppers hit the store's closing down sale hoping to pick up a cut-price yacht, or some cheap gold bars and a Bugatti Veyron.

However, when the doors opened all they found on offer was 10% off a sick-coloured fleece rug, 4,000 odd rubber gloves and a handful of loose sweets with germs on them.

Julie Cook, a receptionist from Telford, said: "I came in a van so the staff could fill it with everything they had for nothing, refund my petrol and be grateful.

"Instead the sullen bastards said I had to spend my money on this shit. If I wanted to do that don’t they think I might have come in before it went bust?"

Wayne Hayes, from Catford, said all he could find was a bent cheese grater, some mixed screws, a doll in a broken box that looked like a Barbie but wasn’t, and an Amy Winehouse ironing board cover.

He said: "You know, I think I’m starting to see where they went wrong."

Pensioner Elspeth Hayes, 86, said she had shopped at Woolies all her life until she switched to a rival store that was not designed to look like an Iraqi market after a car bombing and was staffed by humans.

She said: "Good fucking riddance. I hope we get Poundstretcher or Primark instead."

Government Does Not Understand Us, Say Long-Term Unemployed 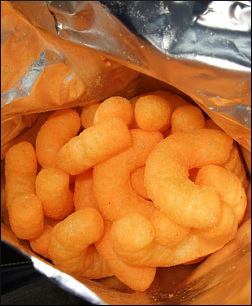 LONG-term unemployed people attacked the government last night, saying it obviously has no idea what makes them tick.

As ministers announced tough new measures to get them off the sofa, benefit claimants warned they would have to try a lot harder than that.

Work and pensions secretary James Purnell told the Commons yesterday: "The long term unemployed would love nothing more than to get up at 7am and be bossed around all day by some jumped-up little tit.

"They certainly do not want to just sit around eating Wotsits and shouting at the Jeremy Kyle programme."

But Tom Logan, a shiftless 28 year-old, said: "The only problem with that last sentence is the word 'not'. And unfortunately it's a pretty big problem.

"And the same goes for Trisha, Loose Women and Cash in the Attic. So all that happens is you end up swapping one set of benefit claims for another. Now that, my friend, is economics."

Logan added: "In all honesty, I should probably go and work for Mr Purnell and help him sort all of this out. But unfortunately I can't because I've just opened this large bag of Wotsits. Do you see?"