JOURNALISTS are frantically copying and pasting from Wikipedia following the announcement of the lead actors in 50 Shades of Grey.

Tabloid ‘showbiz’ editor Julian Cook said: “I’ve pretty much worn out the ‘C’ and ‘V’ keys on my keyboard as I race against deadline to lift enough biographical data from Charlie Hunnam’s Wikipedia page.”

“After that I went for a fag.”

Bale not allowed on pitch at same time as other players 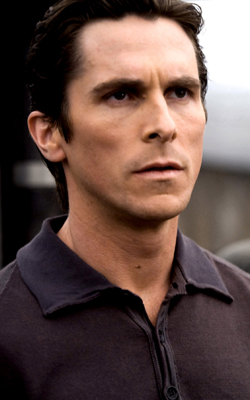 INSURERS have banned Carlo Ancelotti from picking Gareth Bale in case he gets broken.

After paying £86M for the former Spurs silverback, Real Madrid will only allow Bale to run around the pitch of the Bernabeau once everybody else has gone home.

The Welshman will spend the rest of his time locked in a gilded tower, like a lonely princess in a children’s fairy tale.

Real president Florentino Pérez said: Gareth is important for our mid-term marketing strategy and season ticket holders can look at him through the bars of his dressing room whenever they want.

“As long as they dont try to feed him, of course.

For context, the bloke who bought Munchs The Scream only paid £76M, for which he got to keep it rather than rent it for six years like we have with Gareth.

“And I bet he doesnt sling it onto his lawn every Saturday and let the gardeners kick lumps out of it.

Club doctors have also advised Bale to cease rolling around on the floor like a dog in fox shit whenever anybody goes near him, in case he dislocates a shoulder.

Pérez said: Its too risky to let Gareth score a goal, then do that heart thing with his hands and make half of Spain want to snap his fingers off.