Africans Thrilled For Wayne And Coleen

MILLIONS of malnourished Africans yesterday sent a telegram of congratulations to Wayne Rooney and his bride Coleen following their £5m wedding celebration.

Lizzie Matumba, 14, of Zaire, said: "We are so happy for them, he look so plump and healthy. Like cow ready for die.

"So generous too. You know he buy food for all guest for all of week? But Wayne very rich. He must be, the price of maize these days.

"It bigger wedding even than my sister's. Such huge affair. We had so much rice that day, nearly everyone had some."

Matumba said she had walked 50 miles to the local telegraph station to send her message and wait for the new issue of OK!

She added: "Four villages save up to buy one magazine. No food many days, sell our last goat. But we must see Coleen’s dress and make-up. And what she do with hair?

"Once we see lovely photos we boil it up to make soup. My mouth watering already. I remember feast we had when Catherine Zeta marry Michael Douglas."

Meanwhile a telegram to the couple from former Manchester United star Eric Cantona read: "When the vultures follow the buffalo they hope to feast on its entrails for many days. Your souls are dead. I hope you both drown in your own vulgar, wretched vomit. Have a special day."

Al-Qaeda Documents Could Have Been Found By A Frenchman, Say MPs 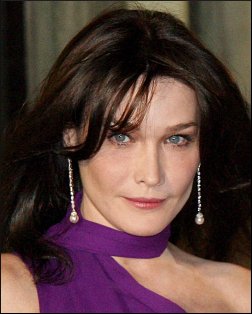 TOP-secret documents left on a Surrey commuter train could have been picked up by anyone, even a Frenchman, MPs said last night.

The powerful home affairs select committee has called for an urgent inquiry after France came closer than ever to discovering Britain's opinions about Al Qaeda.

"Due to its refusal to drop cluster bombs on brown people, France has made itself Al-Qaeda's key ally in Europe. All those riot police clubbing the bejesus out of Algerian teenagers is fooling no-one.

"So why, on earth, were these documents left on a train that was not only carrying hundreds of potential Frenchman, but was even heading in the general direction of France?"

MI5 is currently tracking up to 2000 known Frenchman across the South East of England and officials believe there may be as many as 30 active plots to do French things on British soil.

Mr Finch-Hatton added: "I'd like to spend an entire weekend massaging baby oil into Carla Bruni's naked, quivering buttocks as much as the next man, but that doesn't mean… er… that doesn't mean… I'm sorry, I seem to have lost my train of thought."