Andrew and Fergie have no recollection of previous marriage

PRINCE Andrew and the Duchess of York have begun a romance that neither of them realises is their second.

The couple, who were married and had two children during the 80s, have no servants from that period who could remind them that they have done all this before.

A source said: “They’re at the flirtation stage. Andy’s saying he’s always fancied redheads, she’s flicking her hair and saying she likes a man who can fly a helicopter.

“Then they laugh loudly and horsily and guzzle more Pimm’s.” 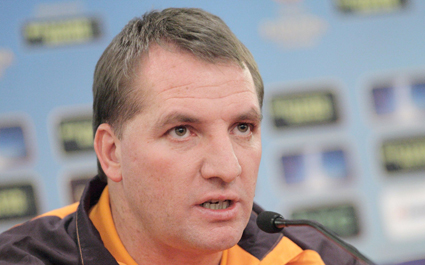 BRENDAN Rodgers has asked the FA whether they can call the league quits while his team are in the top four.

The Liverpool manager hopes to qualify for Champions League football before the inevitable collapse in the forthcoming months sees them finish just above Sunderland.

Rodgers said: Weve no major injuries, weve not conceded any goals and none of the players has started a race riot so it seems a shame to spoil things by letting the season continue.