Army kept me off mean streets of Kensington, says Harry

Harry, 30, has managed to turn his life around after spending his late teens and early twenties rolling with the feared ‘Whole Foods Boys’ who operated in the urban jungle around Cromwell Road.

The prince said: “I’m proof that there’s hope for anyone, whether they’re a future monarch, an Earl or even just the son of a multi-millionaire.

“I used to own the streets of SW7. Literally. I’d cruise around my turf, looking for bitches who had their own entry in Debretts Peerage.

“I’d leave Waitrose without putting my basket back on the stack and just walk into Whole Foods and eat a handful of grapes without paying for them. I was an animal.”

While Harry avoided being sucked into the destructive spiral so commonly associated with young men growing up in Kensington, others were not so fortunate.

Harry said: “It breaks my heart when I run into one of my boys and discover he’s now the Earl of Tavistock. I want to help him but I can’t because I have to go skiing.”

Nobody ever said anything mean about Ed Miliband, says Chuka Umunna 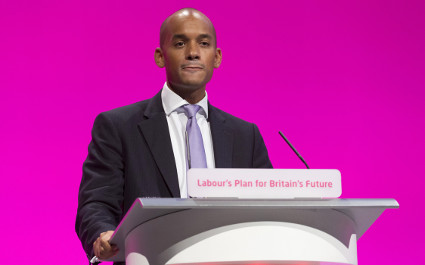 CHUKA Umunna has pulled out of Labour’s leadership contest in horror at the press’s unprecedented willingness to be unpleasant about him.

The MP was shocked to find journalists seeking to discredit him in a way that no other Labour politician has ever had to face.

“And you never read anything about Cherie Blair having a style adviser who was going out with a convicted conman when Tony was in power, or Neil Kinnock having the hair of a circus clown.

“Frankly I’m beginning to suspect certain elements of the British press may have it in for the Labour party, no matter who’s in charge.”