BERNIE Ecclestone has made his debut as a Playboy centrefold.

This month’s edition of the magazine features the sexy Formula One boss in a variety of coquettish poses, such as reclining nude on a verandah with a Scalextric car half-covering his scrotum.

Ecclestone said: “The shoot felt so liberating and not at all sleazy.

“My penis wasn’t Photoshopped, it is actually 34 inches long.”

The Mash Guide to the Final Journey 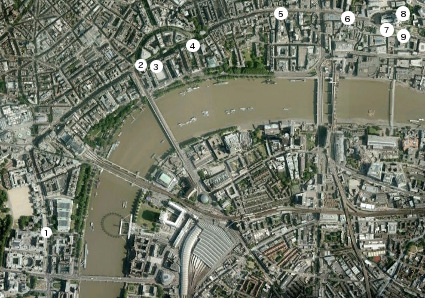 1) Baroness Thatcher’s coffin leaves Westminster and is taken up Whitehall to Downing Street where it will be removed from the hearse and dropped on Geoffrey Howe. A soldier, sailor and RAF pilot will then kick the former foreign secretary in the stomach for a full minute.

2) The coffin is then taken to the former BBC headquarters at Bush House where it will be used to smash open the doors before the union flag is removed temporarily and stuffed into Evan Davis’s smart-alec mouth.

3) At Bush House the coffin will be placed on a gun carriage used in the miners’ strike and flanked by serving members from 14 of Britain’s biggest hedge funds.

4) The coffin continues along the Strand where it will stop for 90 seconds so that some hippies and communists can tell it to fuck off.

5) In Fleet Street, a representative of the Murdoch family will place on top of the coffin a single white rose and a large gold brick.

6) At Ludgate Hill the coffin will then stop for another 90 seconds where a platoon of middle-aged women from Guildford will stand guard around it while chanting ‘she was too good for the lot of you’.

7) The procession then continues to St Paul’s Cathedral where it will be officially upstaged by the Queen and Geri Halliwell.

8) The coffin will then be carried into the cathedral by members of the cast and crew of Top Gear.

9) The funeral service will be conducted by some Christians through gritted teeth. Readings include St Paul’s Letter to the Saudi Arabians Urging Them to Buy a Shitload of Tornado Fighter-Bombers.

The body will then be removed from the coffin, placed in a large perspex tube and taken to a secret underground laboratory in Liechtenstein.