JEREMY Clarkson has officially apologised to cold cuts and salads after saying they were not good enough for him.

The former Top Gear presenter, who lost his job after repeatedly punching a parma ham while calling it a “lazy Italian shit”, has paid a six-figure sum in compensation.

He said: “I would like to say sorry, once again, to the pre-cooked meats involved in that incident and its regrettable aftermath.

“I now realise that, much as I may have fancied a full roast dinner after a few pints, by the time it had arrived I’d have stared at it woozily before returning to my room for crisps.

“If I had only considered the selection of buffet bites available, which included lemon and honey chicken skewers or tortilla chips with guacamole, the situation could have been resolved amicably.

“I would also like to make it clear that the abuse miniature pork pies have suffered since the incident, which caused them to leave Twitter, was unwarranted. They do a great job of providing convenient meaty sustenance.”

Mars bars recalled because they help you do f**k all 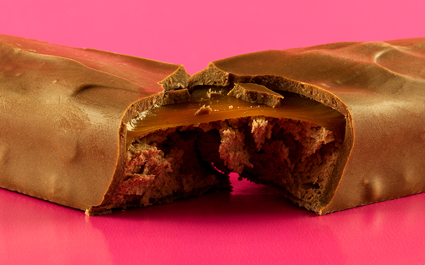 MARS bars have been recalled across Europe following the discovery they help consumers to do nothing except become fatter.

After a Mars bar in Germany was found to have a negative effect on the buyer’s ability to work, rest or play, a recall was issued pending further analysis.

Roy Hobbs of Blackburn said: “I’ve been on a Mars every day since November 1985, on what I believed to be official medical advice.

“I’ve lost my job as a bus driver because I’m too obese to fit in the seat and if I kick a football I have to lean against a tree, red-faced and panting. I’ve tried upping the dosage but if anything that made it worse.

“And I’m not sure what claims they’re making for Mars Milk, but after drinking four of them in a row I lay on my bed feeling deeply unwell.”

A Mars spokesman said: “A concentrated hit of sugar makes work, playing with the kids and yet another evening slumped in front of The One Show slightly more bearable, how’s that?

“Or you could have a fun-size Mars, if you want to feel cheated.”