Duchess of Cambridge to eat an entire moose

THE Duchess of Cambridge is to devour a gigantic moose during her official visit to Canada.

The Duchess and her husband will visit a moose sanctuary in Western Manitoba today where she will be invited to eat the magnificent beast with her bare hands.

Denys Finch-Hatton, editor of Royal Meat magazine, said: “It’s not without precedent. In 1951 the then Princess Elizabeth ran down a hippopotamus – on foot – and then ate it with a spoon.

“And of course, before she took up dog fighting, Princess Anne ate a crocodile.

“However, in the 21st Century we cannot expect a princess to wrestle a large herbivore to the ground, but we do need to know how quickly she can wolf down 44 stone of moose meat.”

Meanwhile, the Duchess is expected to wear a red dress with some frilly bits on it, though Royal insiders stressed that for most of the day it will be covered up with a large, rubber bib. 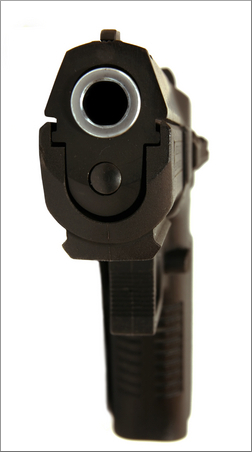 AN Australian pensioner today declared the British government to be excellent value for money.

Rupert Murdoch, 97, from Geelong, said he had been buying British governments for years and would recommend them to anyone.

Mr Murdoch, who likes Chinese people but not French people, said: “It does what it’s supposed to do without a lot of fiddling about with internets and call centres and what have you.

“As soon as I get a new one I always test it with a takeover deal and then I immerse it in the bath. These things are rock solid.”

Mr Murdoch used his new government to take over a television channel after buying it for just two Sun editorials and a photo-shopped picture of Gordon Brown as an Afro-Caribbean rapist.

Meanwhile experts said that while many on the left would be horrified by Mr Murdoch’s customer satisfaction, they still had not explained what is actually wrong with it instead of their fantasy version of what is wrong with it.

Julian Cook, professor of reminding everyone the media is a business at Roehampton University, said: “They say it will mean the death of the BBC. First of all, the BBC has recently announced its own version of the X Factor, so fuck it right in the ear.

“And secondly, there is no evidence whatsoever the BBC will die. None. Not a shred. They are making it up, a bit like a News of the World journalist.

“And remember, even though Sky is every bit as bad as the BBC, you don’t go to jail for not bolting a fucking dish to your house.”

Meanwhile, according to sources in the Guardian canteen, Sky News is about to appoint a holocaust denial editor and launch a weekly show where a prominent feminist gets kicked in the face by a gang of Page Three lovelies.