Fifa cranks up the piss-taking

ENGLAND have been moved to fourth in the world rankings in a move clearly designed to flip the FA the bird.

The top 10 is calculated using a series of factors including recent uninspiring draws against Third-World countries and how funny it would be to blow smoke up an entire nation’s arse. These figures are then fed into a computer that uses a complicated algorithm also employed to calculate Sepp Blatter’s expenses claims.

Blatter said: “No, England, you’re tons better than Brazil or Argentina, I really really mean that and as a reward I’m going to take the World Cup off Russia and let you hav…AAAAAHHHH!!!! SICK BURN!”

He then ran around FIFA headquarters shouting ‘Psych!’ for several minutes before collapsing onto a chaise longue made entirely out of financial inducements and restoring his energy with a 12-course snack.

Footballologist Wayne Hayes said: “If we were to take England’s rating at face value, we’d have to accept that by the time you got to teams in the 25-plus ranking you’d be looking at a group of seven vaguely-humanoid beings that could identify a football if induced to do so with a lump of raw meat.

“By rating Wales at 114th, FIFA are essentially crediting them with less sentience than an Argos biro, which I’m not necessarily saying is wrong.”

Fifa will release England’s true rating later today, expected to be somewhere in the 50s, dropping five places every time the FA use the word ‘corruption’.

Fabio Capello said: “When I first saw that we are fourth, I watch training DVDs of Peter Crouch and John Terry and think – how do you say? – ‘my saggy left bollock are we fourth’.” 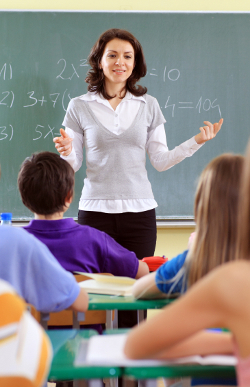 INDUSTRIAL action by teachers will not undermine pupils’ lack of respect for them, it has been confirmed.

Some teachers had worried that strike action over pension cuts would diminish the towering esteem in which they are held by their bright-eyed young charges.

However pupils have responded by stressing that they have never actually considered them to be human beings.

Stephen Malley, 13,  from Swindon said: “Some of the teachers at my school are striking, some are not. It’s a personal choice I suppose but either way, they’re all massive twats.

“Plus they have all failed in life because otherwise they wouldn’t be teachers. They’d be rappers or footballers.

“But I definitely don’t dislike them more for striking. I can stay at home and learn from the television.”

Kyle Thompson, 12 from Peterborough, added: “Our French teacher Mrs Bradford said she was going to cross the picket line because otherwise it would affect our education and also the bond of trust between her and us.

“That’s all fine but what really matters is that Mrs Bradford has a massive minge. She took us for swimming and I saw that she is pretty much all the hair from the waist down.