Great bullies of history, from Gripper Stebson to Meghan Markle

SINCE the first cro-magnon told a neanderthal to look down then hit him in the nose, humanity has bullied. Here are some of the best.

Overweight and inadequate like so many bullies, Henry was mean to girls and contemptuous of rules after an argument with Euro-bully Pope Clement VII. Proceeded to claim he had the divine right of kings and dissolved the monasteries for being a bunch of stuck-up swots who could read.

The terror of Grange Hill from series four to eight, Stebson’s campaign of hatred toward Roland took in extortion, humiliation, and making the fat kid hit himself. Formed his own whites-only gang, like in US maximum security prisons, to fight a race war. A role model to a generation of 1980s bullies.

Such an arsehole he bullied a crap London team all the way to the FA Cup, knacker-grabbing Jones recognised his own dearth of talent early on and determined to level the playing field with intimidation and violence. Later did the same in Big Brother and Hollywood, proving bullying works.

Back to the Future bully who was such a prick to George McFly it changed the course of history, requiring time travel to solve. Then got hold of the time machine and took being a petty persecuting twat to such heights that he became a satire of Donald Trump, inspiring Donald Trump.

An independent review found that the wholly useless home secretary was so vile to her staff, shouting, swearing, throwing shit and launching a ‘vicious and orchestrated campaign’, that the government was forced to get rid of the independent adviser. A reformed Patel has turned to bullying the whole country instead.

Bullying reaches its apotheosis in Markle, history’s most unrestrained tyrant, who bullied palace staff so remorselessly that her brother-in-law released details to the press. Hair-pulling, spitting on lunch, writing toilet graffiti about a lady-in-waiting’s dad being a gaylord: Markle did the lot. Miraculously it’s stopped now she’s not a direct rival to Kate’s popularity. 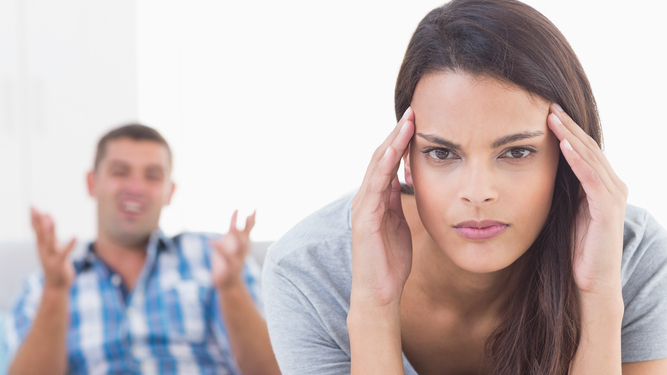 A WOMAN wouldn’t have invaded Ukraine, according to Boris Johnson, apparently unaware he was patronising them in a different way. Here are some more classic generalisations about the ladies.

They have an all-powerful maternal instinct

Are you child-free for whatever personal or rational reason? This is wrong. You should be a mumsy drudge pursuing your natural vocation of doing mountains of laundry with a happy smile. If you have children and they’re in danger, you must be able to fight off a bear or lift the weight of a car. No pressure or anything. Oh, and none of this applies to men, obviously.

They are the fairer sex

‘Fairer’ in the 17th century sense didn’t mean ‘nicer’ or ‘better’, it specifically meant ‘more beautiful’. It’s not clear how women can be more attractive when there are entirely different standards for each sex, but it does imply all women should be as pretty as Keira Knightley in a lovely historical frock. That’s not judging you on your looks, ladies, it’s a compliment. Don’t worry your pretty little heads about it.

Females hate war, as pointed out by Boris Johnson, a man not noted for his exemplary treatment of women. It helps if you ignore countless obvious exceptions like Margaret Thatcher and Elizabeth I. It’s unlikely Golda Meir had fainting fits at the idea of bombing enemies either. Also it suggests that if you really needed to fight a war, women would be useless Earth mother types, probably wearing unflattering dungarees.

A definite double-edged sword of a compliment. On the one hand it IS better to be sensible than, say, a testosterone-crazed lunatic who fights bulls or climbs high-voltage pylons to show off. The offensive bit is that it suggests women are (A) boring, and (B) lack men’s bold creativity and willingness to take risks. You’d rather be at home lactating, wouldn’t you?

Women are overrepresented in careers like nursing and teaching because they’ve evolved to be gentle, like labradors. There’s definitely not some far-fetched explanation like people choosing jobs they see people like themselves doing. Whatever the cause, it means female partners are genetically selfless and just love tidying up after you and hearing about your day at work in brain damage-inducing detail.

Women are prepared to compromise, while male executives are locked in a dick-measuring contest, according to the cliche. Lower down the boss ladder, female managers really, really care about employees. Anyone who’s had an angry, bullying, possibly mentally unstable female boss may beg to disagree. Like most stereotypes, this one remains 100 per cent true if it never comes into contact with reality.