Cole attached the bite-size snack to her finger using Blu-Tack and Sellotape just hours after millions of viewers had tuned in to the Brit Awards to examine her hand during a raunchy, in-your-face performance of Fight for this Love.

Nikki Hollis, editor of Shit magazine, said: "She is obviously sending Ashley a message because their wedding theme was chicken kiev.

"The groomsmen wore matching chicken kiev coloured morning suits and the conference and event suite at Wrotham Park was filled with millions and millions of tiny golden breadcrumbs."

She added: "They chose chicken kiev because that was the first thing they argued about. Ashley kept saying it was named after a person, while Cheryl insisted 'kiev' was French for 'garlic butter'.

"By strapping the mini-kiev to her wedding finger she is either saying 'I love you, we can still work this out' or she is saying 'you were wrong all those years ago about kiev being a person and you're still wrong now'."

But while Cheryl feels betrayed by her husband's naked phone sex bid, friends say the real reason behind the collapse of the marriage is that after four years Ashley still does not really understand what his wife is saying most of the time.

Hollis said: "Let's be honest, he's not the only one. I suspect a lot of people have seen her L'Oreal advert and thought 'why is that Hungarian woman hugging a Union Jack throw pillow?'"

Meanwhile historian Professor Martin Bishop said it was a well-established practice for celebrities to communicate with each other using jewellery and newspapers.

He added: "Chamberlain knew he had been hoodwinked by Hitler after the Nazi dictator was pictured in the Daily Express without the friendship bracelet the prime minister had given him at Berchtesgaden in September 1938." 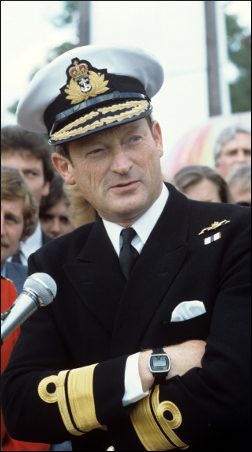 A MAJORITY of Britons would support a retro, 80s-style war with Argentina, especially if it was narrated by Stuart Maconie, it emerged last night.

Researchers found that 78% were in favour of a new Falklands conflict as long as it evoked warm feelings of childhood nostalgia and brought an extra level of intensity to this summer's World Cup.

Tom Logan, director of polling company EDBT, said: "A lot of people remember seeing it on the news, which used to come on after MacGyver. It was a simpler, more innocent time, before AIDS and sex jelly and confectionery companies changing the names of things.

"I got a Big Trak for Christmas that year which I would play with while watching Airwolf and eating a packet of Opal Fruits."

He added: "According to our calculations, a new Falklands war would be the military equivalent of getting a Viv Anderson sticker for your Panini album or finding a shop that still sells Pacer mints. Which, as everyone knows, would be totally ace."

Ministry of Defence sources say the inexplicable Justin Lee Collins will attempt to get the original troops back together, while professional opinion-giver Maconie is being lined up to provide wistful, light-hearted commentary to Brian Hanrahan's dramatic news footage, accompanied by an Adam and the Ants medley or Seven Tears by the Goombay Dance Band.

Falklands-era tabloid newspaper The Sun has told its staff to develop 25 new phrases that include the words 'Argie' and 'bargy' as well as fresh and exciting ways of celebrating the deaths of hundreds of Argentinian sailors.

Meanwhile nurses at the care home of former editor Kelvin McKenzie have been asked to wipe his holes, change his rubber pants and put him in a taxi.

But Dr Julian Cook, of the Institute for Studies, insisted the political conditions in 2010 were completely different from 1982, adding: "Last time round we had a deeply unpopular government presiding over a failing economy and absolutely desperate for a quick, easy war to turn its fortunes around.