KATIE Holmes has left the world of Scientology for a more normal type of bullshit by experimenting with Catholicism.

The former flat heel wearer has severed all ties with Scientologists after her clean-shaven husband informed the organisation that she didnt exist and was merely Xenu disguised as a mediocre actress.

Holmes said: I was worried that after all those years of Hubbardism or whatever its called, believing in things that require evidence straight away might be like a 300-pound woman trying to run the New York marathon.

Im starting with the Pope and all his colourful brand of magical batshittery, then gradually working my way back to normality.

“Ill hopefully be moving onto being a Methodist by the end of next year as theyre just slightly mental and a bit mean-spirited rather than tits-out crazy.

Holmes hopes to have finally reached the stage where she stops believing in fairy stories at the same stage as her daughter Suri and has also started to de-bullshit-ise other aspects of her life.

She is currently working with a dietician on what constitutes a healthy weight, how eating less calories than you consume is the only actual way of losing weight in first place and why a dietician actually needs to study for their qualification rather than printing off the internet like a nutritionist.

Helpers are also working to remove the healing crystals from her home, moving the furniture to what looks good rather than what is proper Feng Shui and are patiently explaining that acting is just well-paid dressing up rather than the hardest job in the world.

Holmes added: Somebody suggested I try homeopathy but while I may be Tom Cruises ex and an actor, Im not a complete fucking idiot. 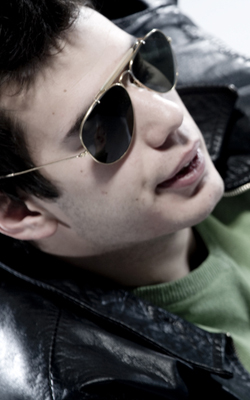 POLITICAL commentators are being repeatedly asked to explain exactly what a Tory rebel is and if they look anything like James Dean.

91 Conservative MPs who refused to back Lords reform are being described as rebels, bewildering those who think of rebellion as young, dangerous and sexy.

Among the rebels are speccy beanpole bully-magnet Jacob Rees-Mogg, door-knocking Christian Nadine Dorries, and pig-eyed tub of rancid lard Nicholas Soames, none of whom can be easily pictured slouching in a doorway wearing a leather jacket.

Professor Henry Brubaker, of the Institute for Studies, explained: In movies, rebels are fighting the status quo and risking their own lives to do what they know is right. In Parliament its the exact opposite.

While rebellion usually involves fire and blood, or at least some kind of challenge to authority, the 91 Tory rebels are in authority and have bravely voted to perpetuate unelected political power for Britains richest landowners.

Graphic designer Tom Booker said: I compare everything in my pathetic, empty life to Star Wars and in that the Rebel Alliance were definitely the good guys; a tiny, embattled force fighting a suicidal battle against overwhelming odds.

I find that hard to reconcile with one bunch of Old Etonians telling another bunch to piss off, when what hangs in the balance isnt the fate of the universe but Nick Cleggs pitiable political career.

Mekon-headed rebel leader Jesse Norman MP, asked to comment, lit a cigarette, spat at a reporters feet and revved his motorcycle before riding off, helmetless, into the sunset.