I'm marrying into that reality TV family I told you about, Meghan Markle tells mother

MEGHAN Markle has told her mother that she is marrying into the reality TV family known as the ‘English Kardashians’.

The former Suits star admitted that her acting career has struggled to gain traction and that she has resigned herself to a more low-brow form of televised entertainment.

She said: “I know I said I’d never do reality, but this is different. Their audience is global and their experience of leveraging income streams is second-to-none.

“I’ll really reinvigorate their appeal in the US market. They’re modernising, the older ones are being retired.

“It’s not that intrusive – we decide what gets filmed, apart from the public scenes – and even if I move on after a few years I’m made for life.

“I know they tried to get Kendall Jenner. I know, mom, everyone in Hollywood knows, but her error is my opportunity, you know?

“Do? They don’t really do anything. They’re just famous for being famous.”

Royal wedding is fantastic news, says everyone in Cheltenham branch of Waitrose 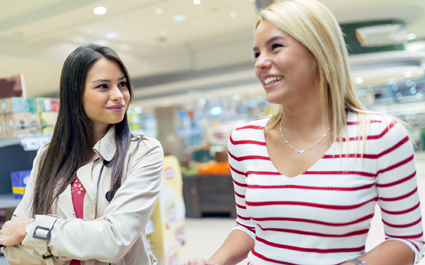 THE royal wedding is incredibly exciting, according to all the wealthy white people in the Cheltenham branch of Waitrose.

‘Comfortable’ housewife who has a massive kitchen table Mary Fisher said: “We’ll probably have a semi-ironic street party with bunting and high quality cold meats, from a local organic farm run by someone my  husband knows from London.

“It’ll be lovely, we don’t often see the neighbours because our street is all large, really nice detached houses with lots of space between them.”

Fellow rich attractive woman who keeps falling for online scams Emma Bradford added: “I can’t wait to stand on the street waving a very small Union Jack around my head next Spring.

“I hope they have kids because that’ll be an excuse for me to talk about choosing private schools in a subtly boastful manner. Because ‘our two’ are currently at a very good school.”

However Donna Sheridan, who sells the Big Issue outside the supermarket, said: “Is he the one who dressed up as a Nazi that time?”