Under the deal the pair will share wigs in the event of fire, flooding or theft in a bid to ensure that at least one of London's two most unbearable icons is always available for public viewing.

The move follows Johnson's incredibly tedious appearance on the popular soap opera, during which he ordered a pint of bitter without trying to have sex with anyone.

A spokesman for the mayor said: "Boris really wanted to do a story line where he had sex in a cupboard with one of the young, blond actresses, preferably the one with the plastic nose.

"But we eventually agreed a compromise where he did a scene with Barbara Windsor while imagining he was having sex in a cupboard with the Barbara Windsor from Carry On Doctor."

Meanwhile the BBC has rejected accusations of political bias from former mayor Ken Livingstone, reminding the Labour politician that the election was two years ago and he was soundly beaten by his worst nightmare.

Livingstone said: "When I was mayor I wanted them to do a story about how the US government should drop its economic sanctions against Cuba in exchange for Castro repealing laws which discriminate against homosexuals.

"But they said it would not have rung true as Ricky and Bianca both felt Castro had betrayed the founding principles of the people's revolution and would therefore have dismissed the idea out of hand."

"These guidelines are in place for a very good reason: He's a dreadful bastard who makes people want to puke." 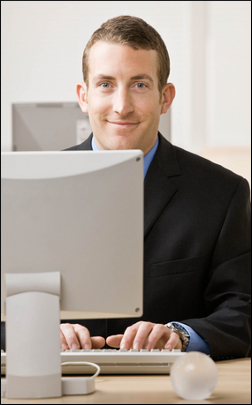 The move comes in response to demands from internet users for a tool that can co-ordinate their furtive, office-based onanism via communalised smut viewing.

A spokesman said: "Self-pollution has always had the capacity to inspire network applications that enable users to share the experience of rubbing themselves very hard under their desk until they go 'boing'.

"We like to think of it as World of Warcraft meets the biscuit game."

Among GoogleFrot's functionalities will be the capacity to drag pornographic film stars between documents.

The spokesman added: "If you have Tera Patrick in a jacuzzi in one window, you can click and drag Brianna Banks, Belladonna, or even Bernard Bresslaw, and they'll all start going at it like minks. It's very clever.

"In this mesmerising new landscape of networked groins, you are limited only by the limits of human physiology and your own fevered imagination."

Designers say GoogleFrot will also give auto-pleasurers some of their self-esteem back by making them feel they are riding the technological zeitgeist rather than just behaving like a caged chimpanzee with a wireless mouse.

Julian Cook, a GoogleFrot beta-tester from Grantham, said: "My avatar is 'Toucheemonkee' and my special power is the ability to clean myself up without any of my colleagues suspecting a thing."