EVERY Londoner is to receive extra tuck before evensong and be given vouchers to opt out of buggery, the city’s new mayor has pledged.

Boris Johnson said Londoners work jolly hard, what with Latin mocks coming up and eveything, and they should jolly well enjoy an extra bit of cake or a nice choccy biccy.

He also called on the city’s senior prefects to get a blooming girlfriend and stop using the first formers for their dirty bum fun.

The new mayor has set up his office in the corner of the senior common room and if you want to speak to him you’ll have to get a ticket from Speccy.

He will be at his desk Mondays and Thursdays, though not all day, because a chap does need a bit of cake and a glass of pop now and again or he’d flipping well keel over like some clapped-out Chinese Coolie.

And as for Tuesdays and Wednesdays, he’s got masses of Greek prep to get through, while on Friday he has constituency business in Henley.

Mr Johnson told a press conference at City Hall: “It must be flipping awful for the younger boys. Half of them can’t sit down. Get a magazine or something. Binty’s got stacks.

“And if that doesn’t work, go and see Matron and she’ll give you the name and address of a very nice woman in the village who’ll take a cheque.”

Everyone Now Has Great Hair 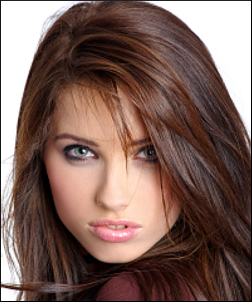 EVERYONE'S hair is now shiny, manageable and full of body, the United Nations has confirmed.

Julian Cook, a maths teacher from Croydon, England, finally gave in at 3pm last Wednesday and purchased a bottle of Adsa own brand two-in-one shampoo and conditioner with sea kelp extract.

Mr Cook told officials that by Friday morning the shiny manageablity of his hair had been acknowledged by friends, colleagues and even strangers on the bus.

A UN spokesman said: "It does not have sleekness of Kate Middleton or the manageability of Selina Scott, but it's a start."

Experts say the Cook conversion is a major milestone in the United Nation's Hair First programme.

Sir Denys Finch Hatton, former British ambassador to Germany and now an adviser to the UN's Great Hair Directorate, said: "The fact that he went for a sea kelp extract shows he means business.

"If he had simply opted for a bottle of Head and Shoulders or Timotei, then you could argue that it was an impulse buy from someone under pressure who was not really committed to really great hair."

Sir Denys said the challenge now was to keep hair great with new research into natural plant extracts and extra funding for bodies such as Loreal University and the Schwarzkopf Institute.