ANGELINA Jolie and Brad Pitt were last night forced to tell William Hague they planned to spend the evening alone.

After the three helped launch a campaign against sexual violence in war, Hague approached the superstars, asked where they were all going for dinner and suggested Vietnamese.

But, taking the foreign secretary gently by the arm, Pitt said: “Actually, William we’ve booked a table – for two. But we’ll see you tomorrow, okay?”

As the foreign secretary’s advisers tried to hand him intelligence reports on Iraq and Ukraine, Mr Hague brushed them aside and said: “I’m sorry, have I missed something here?

“I just assumed the three of us were going out for dinner and then a few drinks. Have I done something wrong? Are you having dinner with John Kerry?”

The film stars and the foreign secretary then argued quietly, until eventually Pitt shouted: “You’re a weird little guy and your voice is ridiculous.” 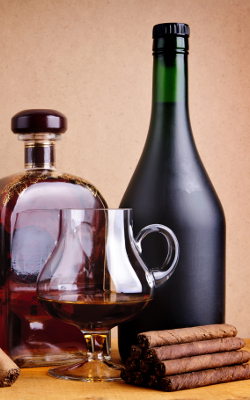 CHILDREN are celebrating Fathers Day with gifts that admit their dads are deeply flawed people who are trying their best.

Mugs which proclaim a dad is not the best in the world, but at least ranks in the top 100, reject hyperbole in favour of clear-eyed realism.

Manufacturer Joseph Turner said: Originally we created the Worlds Second Greatest Dad mugs for children with two fathers  either because of divorce or homosexuality – who wanted to play them off against each other as part of some sick little game.

But instead theyve been huge sellers to children who want to use crockery as a way of conveying disappointment.

Other mugs available include Worlds Greatest Dad In My Subjective Experience, Definitely In The Top 50 Per Cent Of World Dads, and When I Read About Some Dads I Realise You Could Have Been Worse.

Joanna Kramer, from Stevenage, said: I got my dad a chocolate beer mug with Dad iced on it last year  not even his name, just Dad  which I thought would convey my lukewarm feelings.

But he acted like he was King Shit, so this year Ive got him a mug saying Worlds Greatest Dad If 2.2 Billion Better Qualified Candidates Are Overlooked.

If I sound like an ungrateful, self-absorbed little bitch, it’s because of the way I was brought up.