THE Queen has paid tribute to her husband as one of Britain's most accomplished post-war racists. Philip spots a dago in the crowd

As the couple celebrate their diamond wedding anniversary Her Majesty unveiled a plaque at Runnymede listing 60 of Philip's favourite racial slurs.

The list was chosen after a public vote and suggestions from the Privy Council and the Association of Chief Police Officers.

As well as favourites such as 'jock', 'taff', 'mick', 'kraut' and 'wog', the list contains more elaborate insults including 'slanty-eyed little dog-eaters' and 'dago monkey-men'. The list is topped by 'fuzzy wuzzies'.

A Palace spokesman said: "Her Majesty wanted to pay a personal tribute to the way her husband has expanded the lexicon of intolerance these last 60 years."

During the ceremony the Queen told a favourite story from the couple's honeymoon in Malta when Prince Philip shook hands with the local mayor and asked loudly, 'are you people wops, dagoes, frogs or chinks?'.

Her Majesty also relived the famous incident during the couple's official visit to China when Prince Philip told prime minister Li Pung that he was, 'looking particularly yellow today'.

After the unveiling the couple was presented with a pair of commemorative shotguns and spent the rest of the afternoon wandering through a nearby housing estate shooting at cats.

Brazilians To Be Shaved By Government 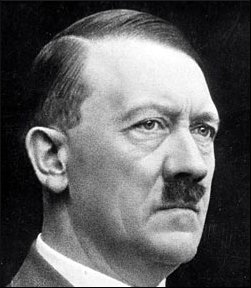 THE Government is to introduce new regulations governing the size of the Brazilian wax amid mounting fears that the nation’s pubic hair is spiralling out of control. Current Government guidelines set no upper limit on the length of a Brazilian and merely recommend they are a maximum of four centimetres in width while leaving hair length completely at the discretion of the trimmer.

As a result, critics say, many women are emerging from backstreet cowboy waxers with irregularly trimmed pubic areas looking like anything from a jungle landing strip to a Hitler moustache.

Sir Digby Jones, the former head of the CBI named last week by the Government as its new pube tsar, said: “The Hitler look might be suitable for some neo-Nazi sex poppet from Eastern Europe but worn by a British women it is an affront to the dead of two world wars.”

From next April the maximum height for Brazilians will be set at 2.5 cm. The maximum width will be trimmed to 1.5cm, and hair length cut to under 0.5 cm to bring it into line with other EU countries. The moustache will be banned completely.

Nikki Hollis, pubic style editor of Grazia magazine, welcomed the news saying it was vital someone got to grips with Britain’s unnecessarily unruly pubes.

She said: “Untidy and irregular pubic areas currently cost the British economy some £40 billion a year through lost productivity and unexplained absence. Have you seen the Chinese? There’s barely a hair on them.”

However, Holly Trumbull of the Society for the Protection of the Individual’s right to Determine their Erogenous Region’s Size, Length, Extent, Girth and Shape (SPIDERSLEGS) attacked the moves as a gross infringement of women’s liberties.

“Every woman is the mistress of her own minge, and the Government has no right to poke its nose into our knickers,” she said.