Queen 'landed with a sickening crunch'

THE Queen has suffered extensive injuries after being repeatedly thrown into the air during birthday celebrations.

She suffered multiple broken ribs and a bruised spine after family members hurled her high on the count of ’87’.

While Princes Harry and William had a firm grasp of her ankles, Prince Charles let her left arm slip at the key moment, causing the Queen to hit the wooden floor of the Buckingham Palace ballroom with a nauseating crunch.

According to sources, the monarch lay still for several minutes afterwards with her limbs splayed at worrying angles, while Charles muttered something about sweaty palms.

The bumps are a longstanding Royal tradition, dating back to Charles II. Every monarch since has endured them, except Edward VIII, who engineered a constitutional crisis leading to his abdication so as to be spared the ordeal.

Royal biographer Julian Cook said: “The bumps ritual symbolises the divine origins of royalty – the monarch is being thrown towards God.

“Her physician is confident that she will be well enough to receive the bumps once again on her official birthday in June.”

Higgs carrying particle around in matchbox 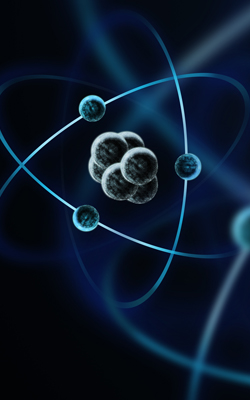 PHYSICIST Peter Higgs is treating the ‘God particle’ like a tiny pet, it has been claimed.

Higgs’s colleagues are angry with the reclusive scientist for naming the particle and taking it home at weekends.

Physicist Tom Logan said: “I popped into the lab on Saturday to do some physics on the particle but I was told Peter had taken it to the park to see the ducks.

“Apparently he calls it ‘Bosie’ for short.

“Usually he’s carrying it around in a matchbox. It’s even got a bit of cotton wool in it which is apparently its bed.

“If you ask him anything he holds the matchbox to his ear and says, ‘What do you think, Bosie?’ Then he acts like it’s talking back to him, it’s really annoying.

“Last week we couldn’t do any experiments because ‘Bosie was tired’.”

Higgs’s search for the fundamental particle began after the death of his beloved Cairn terrier Roxy left him with a lot of time on his hands.

Fellow scientist Emma Bradford said: “I told him the particle can’t talk and he replied, ‘Bosie doesn’t talk to you because you smell funny’.

“One time we got the matchbox and swapped the Higgs Boson for another less important particle. They all look similarly invisible but somehow he knew and went apeshit.”