Queen 'may be 93-year-old who doesn't give a sh*t', say insiders

BUCKINGHAM Palace insiders have warned that the Prince Andrew crisis may be handled as if by a 93-year-old who no longer gives a bugger.

Speculaion about whether the errant prince will be cut from the civil list or locked in a tower has been countered by courtiers who pointed out that the Queen is very old, very rich and indulgent of her children.

An insider continued: “The Queen may be mentally sharp, but she was also born in 1926. Certain prejudices come with the territory.

“It seems likely that, rather than treat the allegations against Andrew with the severity they deserve, she will instead decide that her son is a good boy and these girls are silly little tarts and there the matter will rest.

“The UK tends to assume that Her Majesty is some kind of PR manager super-sensitive to the public mood, rather than a crabby old lady who hasn’t agreed with anything new that’s come along since 1980.

“It’s a national delusion to believe her opinions are more sophisticated than ‘Brexit? Bloody get on with it’ and ‘Bring back hanging’ but she is in fact like any small-minded great-grandmother, only more so.”

He added: “Will she compel Andrew to speak to the FBI? Will she f**k.” 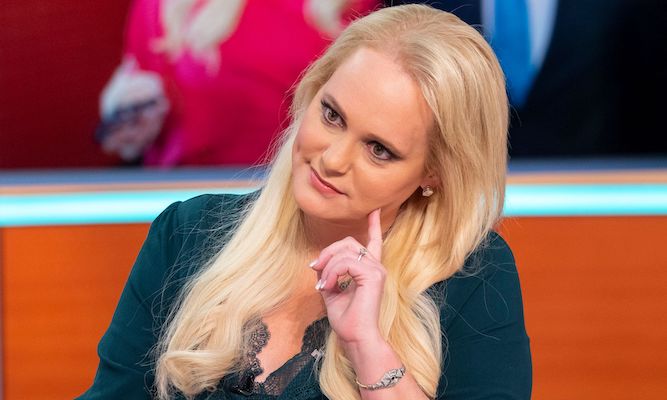 AMERICAN businesswoman and 70s-sitcom blonde Jennifer Arcuri has kept Boris Johnson’s secrets – until now. Find out what the PM is hiding:

His children are born in litters

Johnson told Arcuri, to impress her, that he is so fertile that he produces illegitimate progeny not one at a time but in litters of five to fifteen. All are blonde; the boys are called Boris and the girls do not matter.

He is not an old Etonian

Johnson actually went to a comprehensive in Bracknell, and fabricated a posh background by obsessively reading Tom Brown’s School Days and Lord Snooty, which explains his obsessive need to beat David Cameron and his bad Latin.

He killed a man and covered it up

While round for a tech session. Johnson once mentioned that he and a few friends had wondered what it was like to kill someone, went out, did it and hid the body on a grouse moor. He added that it was ‘not much of a buzz’.

He has a blowhole

In danger of losing 45-to-60-year-old suburban Tories if they find out, Johnson is desperate to conceal the grotesque breathing hole located in his upper back. Although useful in times of rising seas, he worries the orifice, and his taste for raw seal, could cost him swing seats.

He is only sexually aroused by Winston Churchill

Despite his reputation as a shagger, Johnson is a tearful, impotent wreck if his sexual partner refuses to dress as Britain’s famous WW2 leader. Arcuri claims he would ask her to pole dance in nothing but a homburg hat and cigar while pretending to have a botched plan to capture Gallipoli.

He is not very nice

Despite his jovial, clown-like demeanour, in private Boris is an utter b*stard. Among his hobbies are cutting the brake cables on unattended mobility scooters and holding gladiatorial contests between squirrels with Stanley knife blades glued to their paws.