THIS year's Christmas message from the Queen has failed to impress the critics with most dismissing it as self-indulgent and boastful.

The Queen spent two days writing and recording the speech watched by more than 23 billion mammals across the globe on Christmas Day.

George Monbiot, Queen's Christmas Message reviewer for the Guardian, wrote: "The whole thing was a self-satisfied diatribe about how she's the Queen and I'm not.

"The footage from the 1950s was particularly despicable. She's basically saying, 'I've been the Queen for absolutely ages', as if somehow that makes her better than me."

Andrew Motion, the Poet Laureate, writing in the Daily Mail, said: "Jesus, whose very birthday it was, received just three miserable paragraphs, then it was back to her and her ghastly husband flying around the world, forcing everyone to repaint their houses.

"And if she is going to give support to our brave troops overseas she could at least do so while holding up a large photograph of Gemma Atkinson in a thong."

Former home secretary Douglas Hurd, writing in the Daily Telegraph, said: "They should go back to doing it live.

"Remember the great Christmas message of 1974? What a year it had been – the miner's strike, Watergate, Keegan scores two in the cup final. There was a bead of sweat on her brow and the whole thing crackled with tension, especially after all those rumours she would say 'piss'."

He added: "I still feel that her message about the destitute lacks conviction.

"Perhaps next year, instead of using one of her eight centrally-heated palaces, she should deliver the speech while sitting on top of a noisy, homeless Scotsman in the middle of rain-sodden car park in Croydon."

Britain Gets Up At 4am To Buy Record Amount Of Crap 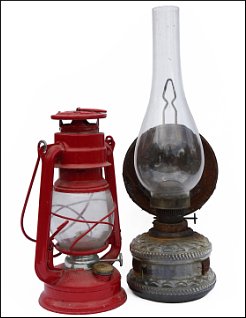 MILLIONS of people got up in the middle of the night to buy vast amounts of shit they did not need yesterday, after stores told them it was now a bit cheaper.

Large numbers queued to get back into shops across the country, all of which had shipped in a fresh lot of tat to palm off as sale goods.

However, there were some real bargains on offer including a fully-armed Type 45 Destroyer, reduced to £329 million from Argos, and an old plastic bag full of Quality Street for a tenner.

Nikki Hollis, 26, said she had hit the sales looking for make-up and sex toys but ended up with a bag of Quality Street and a set of cotton handkerchiefs monogrammed with the letter ‘F’.

She said: “I also got a pair of men’s breeches with a 41-inch waist, a paraffin lamp and a yo-yo which lights up when you roll it along the ground. It’s been a great day.”

Bill McKay, 48, said he had bought a sign saying ‘Sale: 50% off’ for a third of its marked price, a piece of used chewing gum for only 3p, and had a dog shit thrown in for free.

He said: “The reductions this year are incredible, I would have bought the sign and the gum anyway.”

Annie Laird, 34, said she had bought an end-of-season cat from a man in the street, half a set of bagpipes, some genital herpes, and a Nimrod reconnaissance aircraft.

She said: “My husband is going to kill me when I get back, he can’t stand cats.”