The actor, famous for appearing in Hollywood blockbusters where he plays Sean Bean, completed the most Northern night in history with a story involving beer, a fight and somebody looking at somebody else’s bird.

Bean’s agent, Wayne Hayes, said: “While this would ordinarily rank Sean alongside any Sheffield man between 17 and 62, he managed to take it to another level by finishing off his night by eating a portion of chips and gravy off the back of a whippet.

“And he didn’t stop complaining about how bloody expensive it all was until about 20 minutes ago.”

The Elders Of Goole, a group of 12 Yorkshiremen that convene in the function room of a working men’s club to assess acts of outstanding Northernosity, have been tracking Bean since his 2002 portrayal of Macbeth, in which he impregnated two of the witches and told Lady Macbeth to make him a brew with four sugars.

Elder Roy Hobbs said: “Sean has fulfilled the prophesy as set out in the Northernomicon of Parkinson.

“He will be brought unto Leeds in a golden 1997 Mondeo where he will be anointed with a pint of Saltaire bitter as the Elders surround him and sing On Ilkley Moor Bah T’at in a haunting falsetto.

“It’s a moving ceremony that has been known to reduce grown men to tears, shortly before they are ostracised for being a bloody great poof.”

As Britain’s first living Northern saint, Bean’s privileges will include first knock at dominoes for life and a platinum Greggs card.

NHS to be reformed merely for the sake of it 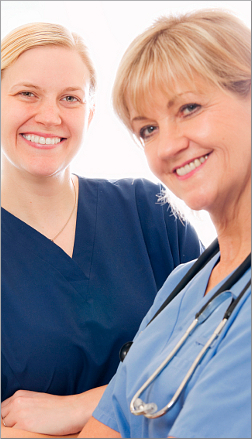 THE government has backed down on ideologically-driven changes to the NHS and will now overhaul the health service ‘because’.

After a wide-ranging review of the NHS reform bill ministers have been forced into making changes for no other reason than they jolly well can.

The original bill included a series of market-based initiatives that ministers hoped would improve efficiency through competition, such as ambulance races and nurse judo.

But the review has rejected any privatisation of the NHS and instead selected 14 things at random which ministers have just six weeks to hurriedly change out of all recognition.

Health secretary Andrew Lansley said: “I had hoped to carry out a ground-breaking philosophical experiment with the NHS involving souped-up ambulances and judo fights between medical staff based on five different weight classes.

“Now I have to accept I shall be just like every other health secretary and dick about with the NHS because I feel like it.”

He added: “I could just change back all the things the last guy changed but I want to leave behind my own stamp of pointlessness.”

Areas to be thoughtlessly dicked about with include the way words are typed onto medicine bottles, bed width, unusual smells and setting a maximum time limit for meetings about car parks.