Why it's illegal to be white in Britain: John Cleese investigates

In an investigation for Channel 4, commissioned by aging white men terrified for their very lives, I aim to discover how being white became a crime subject to the ultimate penalty – cancellation.

Follow me into the leafy, suburban ghettos where whites have been exiled to, scratching out their six-figure salaries, struggling to understand why they have been banned from even proclaiming their lives matter.

One man gives me a chilling insight into Britain’s treatment of Caucasians, sharing a story about an NHS form that provided no ‘White English’ option in its nationality section until he looked a second time.

Another tells me a harrowing tale about being cautioned by the police. His only ‘crime’? Spray painting racial slurs on the window of a Londis while humming God Save the Queen.

Later, I take on the London’s politically correct workerati, and demand to know how they expect comedy to function without key tools of the trade like racism, men dressing as women and casual blackface.

And finally I ask, if it’s illegal to be white why haven’t I been arrested? How are the cancelled still here, walking the streets? How can a man such as I, with a finely-honed eye for absurdity, be spouting this nonsense with a straight face?

Then I do the Ministry for Silly Walks and ruin that as well.

Can you survive a 1970s school summer holiday? Play our interactive game 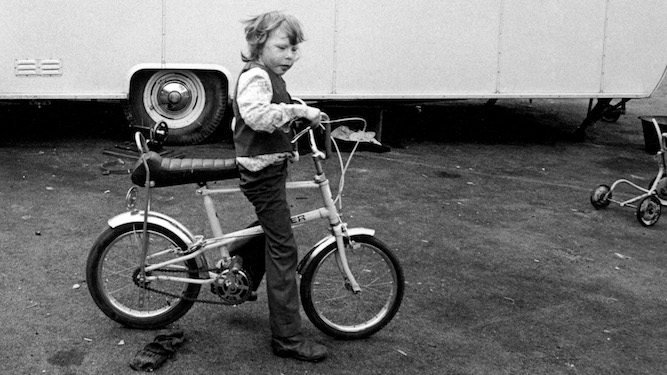 WITH Netflix, Xbox and cyberbullying, today’s kids have plenty to occupy them all summer. But could they survive six long weeks of 1970s boredom?

4 You and your friends wander the streets looking for stuff to do. Finally you settle upon vandalising a tree then get bored, Colin falls on a rusty spike and is taken to hospital to get a tetanus injection. Go to 3.

5 Your mum feeds you you some unpleasant Heinz ravioli on toast. There’s nothing on TV except Saint & Greavsie. You are terminally bored. This is the rest of your summer holiday. GAME OVER.

6 You’re in the 1970s municipal library where you develop an interest in Doctor Who novelisations, which will become a lifelong obsession and cause you to remain a virgin until the age of 23. Go back to 3.

7 You’ve gone on a family holiday! Unfortunately it’s two weeks in Prestatyn in constant pissing rain where you spend three hours a day outside a pub drinking Britvic while your parents get shitfaced to relieve the boredom. GAME OVER.

8 Your mum and dad take you shopping to Fine Fare just for something to do. However you badger them into getting you a cool protractor and ruler set in in a tin. YOU HAVE WON!