Wiley turned into a cow

RAPPER Wiley has been turned into a heifer by the witches of Cumbria.

The irascible musician annoyed the county’s powerful covens by curtailing his set at a local festival then calling Cumbrians ‘witches children’ on Twitter.

Cow Wiley said: “I just woke up in lady cow form, with a big set of udders like a space hopper.

“They did some spells and shit, now I’m a fucking herd animal.

“I’m supposed to be in Napa on a boat party, but customs said I couldn’t leave the country because of foot and mouth. They’re saying I need a special cow passport from the government or some bullshit.”

Cow Wiley has been loaned to a dairy farm in Gloucestershire while his management considers how to appease the witches.

He said: “They’ve got me drinking out of a trough, it’s worse than backstage catering at Glastonbury.

“The place where I am hasn’t even got a name, it’s just a load of meadows and shit. Like I can handle Clissold Park in Hackney but there ain’t any buildings here except barns.

“I got milked yesterday. It was messed up.

“Fuck them and their magic.” 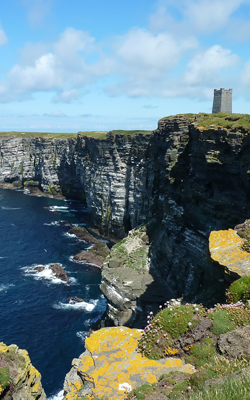 REGIONS with poor phone coverage are being marketed to couples that enjoy debating trivia.

The Orkney Islands, areas of Scotland and mid-Wales are being promoted as ‘trivia mystery zones’ where couples can debate unimportant facts like which Baldwin played the baddie in Blade, without just looking up the answer on their smartphones.

Recruitment consultant Francesca Johnson said: “At home, me and my boyfriend are constantly arguing about where our relationship is going.

“The tone of our interaction was so much more light-hearted.

“Ordinarily we’d have the answers literally at our fingertips, limiting trivia discussion time to about 90 seconds.”

Neurological expert Dr Norman Steele said: When you cant spend countless hours trying to remember the guest stars in The Love Boat, you have to talk about other things.

“Things like the amount of weight one partners put on recently, or how unattractively the other one is going bald.”

Headmistress Joanna Kramer said: Ive been off-grid since the beginning of the month, and by meditating on the deep mystery that is the names of the Banana Splits and not just looking it up, Ive achieved a state of extraordinary calm.

I feel relaxed, healthy and ready to re-engage with the world. Unfortunately my sisters declared me legally dead because I havent updated Facebook for three weeks.