You're Just Too Pretty To Be A Judge, Cowell Tells Brook

SIMON Cowell has told Kelly Brook she was dropped from Britain's Got Talent because she was just too pretty.

Cowell said the four-judge format was never going to work with someone as 'staggeringly beautiful and sexy' as the 29 year-old brunette.

BGT was to be Brook's biggest TV job since Channel Four dropped her from The Big Breakfast for being too gifted.

Cowell added: "It's hard enough for TV viewers to cope with Kelly's stunning good looks never mind the people who have to be in the same room as her.

"And I hope she doesn't take this the wrong way, but she's also too kind and generous and funny and clever to be on the judging panel.

"And then there's all that bubonic plague we've had in the studio that for some reason only affects lovely young women with brown hair whose boyfriends are famous rugby players."

An ITV spokesman said Brook was also being hunted by an international assassin who has filled her dressing room with dynamite.

He added: "So it's really for own safety that she's been sacked for being rubbish." 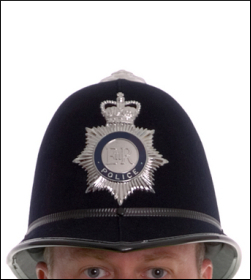 DESPITE a decade of extra investment and training Britain's police remain institutionally stupid, according to a major new report.

The Commission for People Not Being Stupid said the average policeman is either mildly stupid or tremendously stupid indeed.

Director Tom Booker said: "There are still too few people with brain cells joining the police while only a handful of senior posts are occupied by non-stupids.

"This means that most of our policing is still unbelievably dim-witted and therefore many parts of the country, particularly the London Underground, remain no-go areas."

He added: "Nevertheless, we have seen some progress in the sense that the force is no longer institutionally racist. It is now just individually racist."

A Police Federation spokesman said: "Comment? What does that mean? Does that mean you want me to say stuff? Okay.

"For my breakfast I had chips and peas and chocolate and a cup of tea. Then I put on my big hat and got on the bus.

"I am now going to have a nap and dream about being a dog."