Even little kids want snow to f*ck off now

EVEN small children have run out of patience with the snow, it has been confirmed.

Pre-adolescent children have traditionally responded to snowflakes with uncontrollable glee.

However, after three snow days in a row, followed by a full weekend of snow, eight year-old Stephen Malley, from Lincoln, said: “For fuck’s sake, this is just ridiculous.

“I can’t even be bothered to have the ‘make sure you keep your gloves on’ argument with my mum.

“Frankly, the whole thing has become a colossal pain in the arse.”

Meanwhile, people who voluntarily wear hats are also irritated, as freezing temperatures make stupid headwear more of a necessity than a statement.

Style blogger Donna Sheridan said: “What’s the point in going all the way to South America for a unique Peruvian Quechua cap with handmade flaps when everyone else is wearing a quite similar hat they bought from Sainsbury’s?

“I’ve been forced to stand out from the crowd by wearing two or three hats at once.”

Next Reading boss to be abstract concept 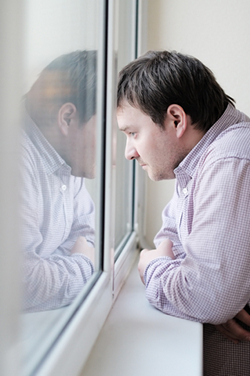 THE shortlist for the new Reading manager includes ennui, empathy and a sense of unfulfillable longing.

After Brian McDermott was fired for having human traits such as fallibility and honesty, club scouts are searching their dictionaries for experienced nouns and adverbs.

Reading owner Anton Zigarevich said: “In the battle to avoid relegation we may go for the word ‘battle’ until the end of the season.

“But until then our caretaker manager will be a crushing awareness of futility.”

If appointed, Reading’s new formless notion will be the first to manage at the top-level since England missed the 1994 World Cup under a vaguely remembered childhood holiday in Rhyl.

Other Premier League clubs are on alert as Reading may try to poach Chelsea’s avalanche of farce, or the smell of fried onions in the Bobby Moore Stand at Upton Park.

The club’s fans have been asked to be realistic in their expectations, but message boards have been buzzing with speculation that Barcelona’s smugness might be interested in a challenge.

Zingarevich added: “We just have to avoid appointing a raving lunatic like Paolo Di Canio.”