HOUSEHOLDERS in the South West are barricading themselves into their waterlogged homes to avoid being patronised.

Following torrential rain, areas of the UK have been deluged by cloyingly sympathetic news reporters with a barracuda-like instinct for heightened emotion.

Flooded father-of-two Tom Logan said: “I’ve put down sandbags and nailed the door shut, but it doesn’t make any difference, the journalists come down the chimney.

“They keep asking me ‘how gutted are you?’ and ‘what does it feel like to see your home in ruins?’ while touching my shoulder in an overly empathetic way.

“I just say ‘my house is full of water that smells of shit and piss, how do you think I feel?’ but that’s never enough, they seem to want a full emotional collapse.

“As the flood waters recede they’re getting increasingly desperate for me to cry on camera while I’m still vulnerable.

“Sometimes during the interviews they hold up a picture of a dead baby otter, just out of shot.”

Householder Emma Bradford said: “This happened last summer but since then the government has actually cut back on anti-journalist defences.

“I spent my own money on a huge aggressive rottweiler but now the papers are calling it ‘plucky hero dog’, apparently its got its own Twitter feed and an ITV2 series deal.”

Barton’s accent to be used as crowd control weapon 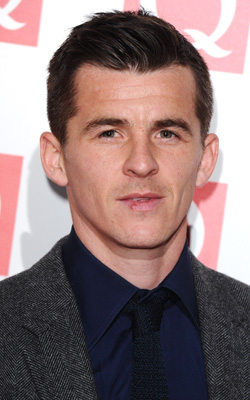 JOEY Bartons French accent could be used for riot control or the war on terror, it has emerged.

His mixture of glottal stops and high-pitched drawling produced spontaneous diarrhoea and nosebleeds in everybody within a fifty-foot radius.

Professor Henry Brubaker of the Institute For Studies said: Imagine the powerful effect these nasal quasi-French frequencies could have on a group of terrorists.

If this could be deployed alongside a video screen showing a close-up of the moustache – which mixes all the noxious elements of Marseille and Bootle top lip decisions – we could ship Barton over to Afghanistan and be done in about a fortnight without a shot being fired.

The French FA has yet to decide whether his repeated use of the word zis brings the game into disrepute or if they should just send video evidence to the police.

Meanwhile, Barton has been asked to speak only in a concrete bunker under controlled conditions and to wear a lead-lined gag to stop any leakage of stray vowels.

He will also limit his pseudo-intellectualism and thoughts on The Smiths, which have been known to cause rashes and itchy eyes in the young and elderly.