NEWS editors have confirmed that they are mostly going to be doing pictures of waves for the time being.

A BBC spokesman said: “There’s just so many types of wave – frothy, foamy, crescent-shaped and tidal to name but four.

“Expect thousands of user-generated wave pictures on our websites and round-the-clock wave coverage on our new channel BBC Waves News 24.”

Daily Mail editor Paul Dacre said: “Waves are eye-catching yet terrifying, rather like women in general.

“Also people tend to stand too close to them, and we will be encouraging our readers to despise those individuals for their stupid recklessness.

“That’s until one of them gets swept away. Then we will mourn their tragic loss – especially so if that person wanted to be a model.”

England in elaborate bid to stop cricket coach getting to work 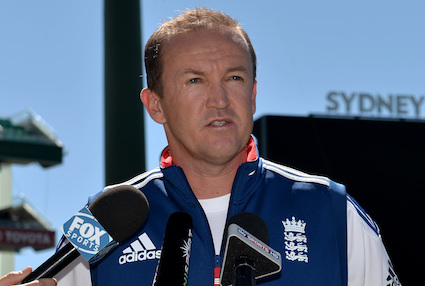 AS appalling England cricket coach Andy Flower vowed to stay on, the country will join forces to stop him reaching his office.

Authorities have pledged a series of particularly meaningless roadworks, fake armed sieges and bogus chemical accidents in a bid to frustrate Flower as he makes his daily commute.

A spokesman for the Local Government Association said: “When flooding season has ended we will flood Mr Flower’s street artificially. And there’s a big tree outside his house which is coming down.”

If Flower does manage to get near his place of work, members of the public will be mobilised to obstruct, distract and, if necessary, make love to the utterly terrible coach.

Martin Bishop, from Peterborough, said: “I have a detailed plan to turn his life into ‘Groundhog Day’, in much the same way he and his ‘cricket team’ have done to me.

“It should drive him completely insane within a fortnight.”