A spokesman said: “For surviving a weather bomb you need a personal anti-elements shield, or coat, a high density woollen neck protector – basically a scarf – and a wetness defence head unit, otherwise known as a hat.

“Ensure you perform a full equipment check before leaving the house as it might be windy or, even worse, rainy.”

He also recommended running quickly between buildings then crouching behind dustbins and shouting ‘weather zone clear’ while holding your mobile phone like a walkie-talkie. 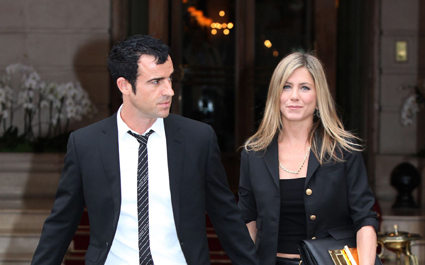 ALL of Jennifer Aniston’s romantic comedies take place in a single coherent universe, it has been revealed.

The films, all of which feature a clumsy heroine unlucky in love until she realises Mr Right was under her nose all along, have beaten the Marvel films into a distant second place as the largest shared universe in cinema.

Producer Mary Fisher said: “Picture a girl, ditzy, confused, with love to give but an inability to commit. Sound like anyone you know?

“What the films don’t show is that after every relationship doesn’t work out she changes her name, moves to a new city and never mentions her former identity again.

“Polly Prince of Along Came Polly becomes Sarah Huttinger of Rumor Has It becomes Katherine Murphy of Just Go With It, each condemned to an eternal, lonely search like the Ancient Mariner of singledom.”