Relationships to be privatised

ALL romantic relationships will soon be provided by private companies, the government has announced.

Companies such as Serco and Atos will supply all aspects of the UKs relationships, ranging from first dates and passionate affairs to sexless aged companionship.

A pilot scheme has been launched in which relationship-seekers pay £250 a month to cover administrative costs, and are then put in touch with their true love or nearest equivalent.

Sales executive Stephen Malley said: My date from G4S was attractive, bubbly and well-dressed, but unfortunately was also my own mum who got divorced last year.

When I rang up to complain they kept me on hold for three hours then said it was my fault for not specifying no relatives.

Lecturer Donna Sheridan said: I wanted a long-term relationship with a non-smoking graduate who likes classical music, but they sent me a gang boss called G-Man who spends all day arranging to have people killed.

Also hes not the slightest bit interested in Mahler.

The government admitted there had been teething troubles and said it was now paying relationship providers an extra £380 billion to iron things out.

Accountant Nikki Hollis said: Serco arranged for me to get married, but when the big day arrived theyd run out of grooms so I had to marry a mop.

FA Cup committee takes all night to pick a starter 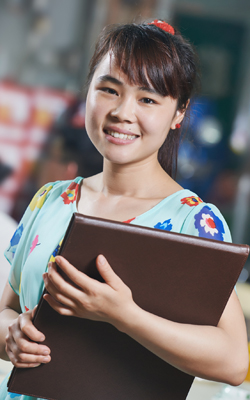 THE people responsible for drawing the FA Cup third round took four hours to order starters in a restaurant, it has emerged.

Just fucking get on with it

After concluding the draw, the 71 clubs involved decamped to the nearby Imperial Garden, where FA officials spent upwards of fifty minutes deciding whether to order individually for everyone, or to go for a selection of sharing platters.

Onlooker Emma Bradford said: “They said how excited they were to be here and how it was a truly historic occasion, and how you couldn’t rush things like choosing platters.

“Alan Shearer read out the names of the rice dishes for about half an hour, and then Mark Chapman got his phone out and they looked at a montage of stir-frys they’d had in previous years.”

Hull City manager Steve Bruce said: “Eventually Shearer closed his eyes and just pointed at things randomly, which is how I ended up with a trio of sorbets.”

“I was hoping for the pork dumplings, but I’m just glad to have avoided the crispy duck’s head.”

The big winners on the night were Gateshead, who got the glamorous pan-fried matsutake mushrooms, while Accrington Stanley and Yeovil battled it out for a shot at the bird’s nest soup.

Accrington captain Luke Joyce said: “I think I speak for all the lads when I say we’re about to die of hunger, thirst and boredom.”