SHARKS are really interesting, it has been confirmed.

Marine biologist Tom Logan said: “As a shark expert it’s never hard to get out of bed. There’s always something exciting to do, even if it’s just reading books and magazines about sharks.

“Even when I get home if there’s a shark documentary on telly I’ll watch it, that’s how interesting they are.”

Mother-of-two Emma Bradford said: “It’s true, I often find myself thinking about sharks, wondering that they might be up to.” 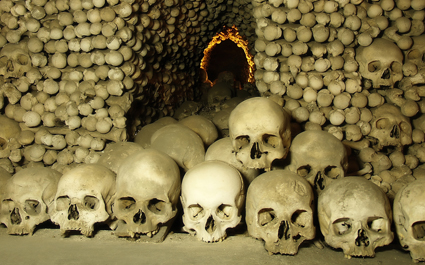 SIR Alex Ferguson is to auction off his extensive collection of human skulls.

The former Manchester United boss collected approximately 5,000 skulls over his 27 years in the Old Trafford hotseat, mostly from referees, rival managers, and goalkeepers who displeased him.

Ferguson said that he took up skull collecting as a hobby to relieve the stress of managing one of the worlds biggest clubs.

He said: It allowed me to think about something outside the game. I needed to have things to distract me from football or Id have gone mad.

Ferguson described his famous practice of inviting visiting managers into his office after the final whistle.

Wed always have a glass of wine – theirs would have sedatives in – then I would put on some Huey Lewis and the News and reach into my drawer for a cleaver.”

Vintage skulls in the Ferguson collection include Mark Bosnich, Paul McGrath, and Kevin Keegan, who memorably said in 1996 ,I would love it, love it, if Alex Ferguson didnt cut off my head, boil it and then display my skull.