Siberian wind will strip away your layers of tawdry self-delusion, says Met Office

A BITING wind from the haunted Siberian wasteland will expose the lies you tell yourself, the Met Office has confirmed.

Forecasters said the unrelenting wind will search deep inside you, burrowing into you and uncovering the shame that corrodes your soul, as temperatures drop to -11, making the UK colder than St Petersburg.

A Met Office spokesman said: “You cannot hide from it. Even if you shelter behind closed doors, you will hear its whisper and it will say ‘I know who you are’.”

The spokesman added: “Stand naked in the street and let the wind rush through you, cleansing and restoring you. Tearing you to pieces and rebuilding a magnificently honest version of you.

“And as it uncovers you, stripping away at your shabby, pointless and ultimately self-defeating facade, you will at last feel truly free.

“Particularly those in central and northern Scotland.”

American rave culture to be worst thing that has ever happened 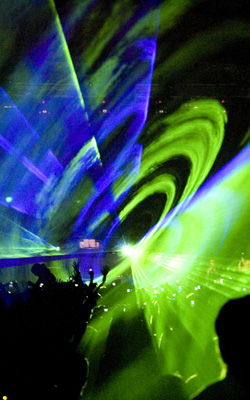 RAVE culture ‘breaking’ America may be the worst occurrence in human history, it has been claimed.

Gym-obsessed, wildly enthusiastic Americans have embraced the dregs of rave, over a decade after it was ruined by the British.

“If you thought raves had gotten shit in the UK, the Americans have got this DJ in a rodent helmet who does not take drugs.

“I repeat, he does not take drugs.

“There’s another one who does dubstep and looks like a fraggle.

“This is going to get ugly.”

She said: “Woooooo! Fuckin’ a! Here comes the drop! The drop! Woooo!”

“The British soon adopted it, because as a nation we’re always looking for an excuse to take fucking loads of drugs.

“Then everyone had a brilliant time for a bit until a load of gangsters and public schoolboys realised it was quite easy to extort money from people dressed like infants.”