SO-CALLED ‘suburban’ rats are appalling bourgeois snobs, it has been claimed.

Town-dwelling rats are a growing nuisance due to the risk of Weil’s disease and their refusal to eat poison pellets unless they were bought from a farmers’ market.

Electrician Stephen Malley said: “I don’t know what’s worse, the way they keep dying under the floorboards and stinking the place out or their unwarranted sense of social superiority.

“I went into my lounge and there was a massive great rat standing there, bold as brass, tutting at my striped wallpaper. Later on I found one in my toilet, sneering at the avocado bathroom suite.”

Malley easily located the rats’ nest in his home because the rodents had ostentatiously left some glossy hardback travel books outside the entrance.

“The bastards had even chewed up a copy of the National Trust magazine for bedding.

“The sad thing is they think they’re fully fledged members of the middle class, but I doubt your average doctor or barrister leaves a trail of droppings and urine wherever they go.”

Suburban rat Donna Sheridan said: “Did I mention that six of my 38 children have Oxbridge interviews?

“Although Jasmine only got an offer from Nottingham Trent, so we’ll probably eat her.”

Israel declares US has declared war on Iran 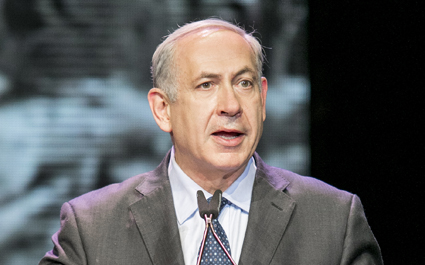 ISRAELI prime minister Benjamin Netanyahu has announced that the United States is at war with Iran.

Netanyahu broke the news to Congress on Tuesday, before ordering four US aircraft carriers and more than 300,000 troops to invade within a fortnight.

He said: “Just as the invasion of Iraq turned a nest of deadly terrorists into a land of peace, golf and women’s rights, war with Iran will make the whole region safe for democracy.

“I have been organising this invasion since 2012 and can no longer wait for the Americans to choose a commander-in-chief who agrees with me. So as you people like to say, ‘let’s roll’.”

President Obama said: “I had a lovely little war planned with Venezuela, which has oil but also a Caribbean coastline and spectacular waterfalls, but it’s not like it’s up to me.”