This is a peculiar twist of fate, thinks jungle grub being eaten by Tory MP

A WITCHETTY grub has pondered the strangeness of its demise while being eaten by the MP for Mid Bedfordshire.

As Nadine Dorries crunched into its slimy body, jungle larva Roy Hobbs said: “I always imagined I would perish in the gullet of a bird, or perhaps a large toad.

“This is really odd, and somehow very much worse.”

Britain's right to incompetence under threat 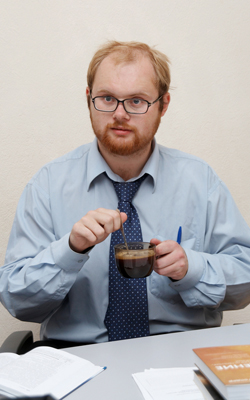 THE UK economy could collapse by the end of the day, after a man resigned for making a mistake.

The BBC tendered the resignation of its director general for fucking up, setting a precedent that could almost instantly destroy Britain’s fragile economy.

Nikki Hollis, chief analyst at Donnelly-McPartlin, said: “The right to fuck up is one of Britain’s cornerstones. If the country had a constitution, ‘We should all be allowed to fuck up sometimes’ would be the top thing.

“To not allow George Entwistle to simply be extra nice to everyone until they forgave him, blame his mistake on everyone else or just have a couple of days off sick until it all blew over, that sends a very dangerous signal.

“Britain has never been one of those countries where everything works properly.”

Office worker Stephen Malley said: “I’ve fucked up four times this morning and I haven’t even turned my computer on yet. This sort of thing was always fine but now I’m worried I’ll have to ‘step aside’.

“I couldn’t care less about Newsnight, which is only ever watched by a small audience of half-asleep, half-drunk people. But this decision offends me.”

She said: “Suddenly work has become like a computer game where you only get one life. And that’s not the sort of computer game I like to play at work.”