Wasps such pricks due to low self-esteem

WASPS are nasty little bastards because they suffer from low self-esteem and confidence, experts have confirmed.

New research has found that the unpleasant stripy twats would not spend their time harassing picnics and needlessly stinging people if they had been loved more as larvae.

Professor Henry Brubaker of the Institute for Studies said: “Wasps suffer from low mood and feelings of inadequacy, which causes them to lash out at others, often in the form of hanging around pub gardens ruining your lunchtime pint.

“While they may appear to be aggressive, vindictive little shits who simply want to ruin your day for no reason, wasps are actually struggling with feelings of worthlessness which manifest as expressions of anger.

“So the next time a wasp hides in your shoe and ruins your entire day by leaving you limping after a nasty sting, it’s important to remember that they are only doing it for attention and need a cuddle, rather than being smashed to a pulp with a slipper.” 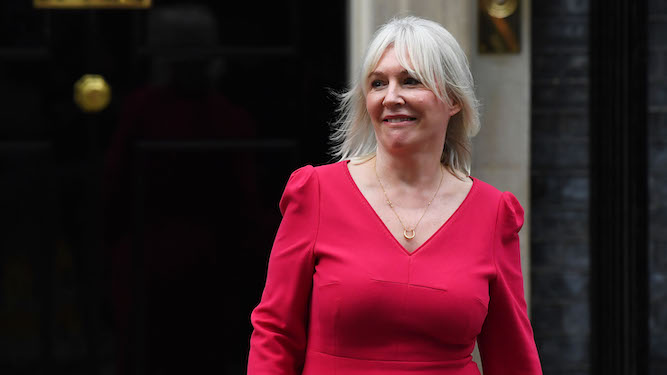 NADINE Dorries has been made the minister for culture war with a remit to have all Britain in vicious conflict about bullshit by 2024.

The committed ideologue, who was the first person voted off 2012’s I’m A Celebrity, plans to set husband against wife and brother against sister on a range of issues from James Bond to Noddy to the correct composition of a ploughman’s lunch.

She said: “To begin with, you know Paddington 3? They’re going to ruin it by being totally woke. I know. You should be f**king furious about that and not notice other stuff.

“Anyway, I am proud to take up this appointment, which as a Christian against gay marriage I was appointed to specifically to get on Britain’s tits.

“I’ll be attacking the BBC for being far too left-wing under its former Tory MP director general, getting in a Twitter fight with Gary Lineker about his unpatriotic Christmas decorations, and calling The Archers a Soviet soap opera for Communists.

“There won’t be a cultural experience untouched by my bullshit. You’ll know no peace. Even watching Strictly or listening to Ed Sheeran will be a battleground between left and right and God help you if you read a book.

“Then, while we’re raging about whether Billy Connolly was the prejudicial comedy of class war, Boris will quietly get re-elected and my job will be done.”