Bake Off winner to be taken to Mr Kipling's underground lair

THE winner of The Great British Bake Off will leave humanity to work in Mr Kipling’s underground cake catacombs.

Tonight’s winner will be handed over to Kipling’s bald, dwarfish minions in the traditional ceremony which follows the end of the series.

The judges will solemnly shave the winner’s head and kiss them on both eyelids, before handing them over to Kipling’s homunculi who will load them into a sedan chair and carry them into a cave.

Little is known about life in Kipling’s subterranean world, but it is understood that his baking factory is a huge cavern where Kipling’s giant fondant-encased brain hovers above a cake production line staffed by a mix of human bakers and troglodytes.

Mr Kipling said: “For the Bake Off Champion, this is a homecoming. Here there is only cake.”

A spokesman said: “Any who enters the Bake Off understands that this is their ultimate reward. Once they have embarked on the spiritual path of baking, high quality confectionery becomes the only absolute.” 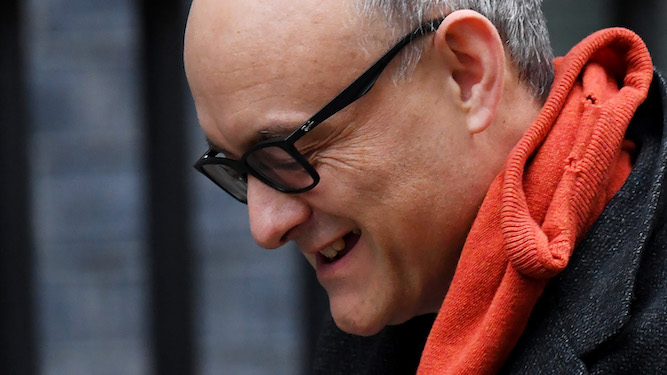 THE shortlist for the 2020 Covid Superspreader of the Year awards has been released, with Dominic Cummings the clear favourite to win.

The Oscars of the pandemic world will be held at the Royal Albert Hall in a glittering unmasked ball, with music from a supergroup of Van Morrison, Ian Brown, Noel Gallagher and Right Said Fred.

The former Downing Street aide inspired the whole of the UK to ignore lockdown restrictions by selflessly breaking them and getting full government backing for doing so. One backer said: ‘I’d assumed lockdown meant you weren’t allowed to make unnecessary trips out of the house, but Dom trashed that in one press conference. What a hero.’

Successfully badgered the government into allowing people to pile into pubs, Tim has been nominated by several of his loyal workforce. One said: ‘Tim recognised that safety is boring and brought us back to work to not only catch Covid, but gave it a solid community footing. He should be knighted.’

The chancellor’s pioneering Eat Out to Help Out not only cost £522 million but caused an estimated sixth of coronavirus clusters to kickstart a second wave. One backer said: ‘My grandfather ended up on a ventilator, but it was worth it for that delighted look on his face as he enjoyed a tenner off peri-peri chicken.’

This previously obscure Scottish MP selflessly passed on Covid in the Commons, on the train to London from Scotland and in several local businesses. A constituent said: ‘She’s one of the hardest-working MPs in the UK. It was a privilege to catch Covid from her.’

A rank outsider included to give the awards the people’s touch, the British businessman who brought the coronavirus back from the French Alps and shared it with friends, family and his GP has been recognised as a pioneer. A colleage said: ‘I was one of the first in the UK to get it, thanks to this total legend.’

The winner of the awards will be announced on December 2nd, along with the previously ruled-out third lockdown.