A JAR of cloves has been sentenced to life at the back of a kitchen cupboard in what he described as a ‘grotesque miscarriage of justice’.

Martin Bishop, a professional, well-educated jar of cloves, insisted he is a victim of a ‘rotten, corrupt system’ and accused his jailer of being ‘obtuse’.

He said: “I was a well-respected member of a supermarket shelf in Stevenage until I was purchased by some halfwit who wanted to try something interesting with a honey baked ham.

“Consequently I arrive in his rather tired looking kitchen whereupon he unscrews the top of my head and realises that ‘cloves smell really weird’.

“None of this is my fault.”

He added: “Now I am incarcerated alongside a bottle of Daddy’s Sauce and two half-empty jars of plum chutney who seem intent on making me their ‘bitch’.”

After initially appearing aloof towards the other prisoners, Bishop is expected to strike up a close friendship with a wise jar of nutmeg and teach some bay leaves how to read.

'Dear bastards, thank you for buying our child a toy drum kit' 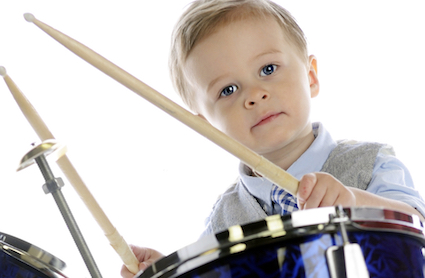 Thank you so much for the toy drum kit you got Jesse for Christmas. He hasn’t stopped playing with it. No, seriously. He. Will. Not. Stop. And if we try to take it away from him he screams like an ABSOLUTE FUCKING MANIAC.

We wondered if you are trying to encourage Jesse’s musical side? We’ll all be so proud when he drops out of university to become a drummer in a death metal band, gets addicted to crystal meth and marries a Norwegian Goth. You are so sweet and considerate.

Of course, we’ll probably never know because we’ll both be dead from asphyxiation from holding pillows over our own heads. Don’t feel sad for us. We’ll have gone to a much, much better place. It’s called Total Oblivion.

We look forward to repaying your generosity at Uncle Bill’s 60th. We’ll bring dessert. Is he still allergic to peanuts?

Thanks again for the present and have a happy and peaceful new year, you pair of utter dickbags.