A & E departments are to offer a tier of conventional medical care and a tier of medieval leech treatment following a government shake-up.

Patients can choose between the two levels of care, which you don’t have to pay for yet but just wait until after the next election, under changes designed to reduce waiting times.

NHS director Joseph Turner said: “If you’re a busy working mum with a broken arm, would you rather wait hours to have it set in plaster or ten minutes to get it covered in therapeutic blood-draining leeches?

Pneumonia, strokes, falling down the stairs drunk, theres nothing you cant treat by popping on a few leeches. Its the medical treatment of kings.

“Kings who lived in the 18th century or earlier, but kings nonetheless.

And dont worry about kids being scared of these black segmented vampire worms. For nervous and junior patients, weve glued googly eyes on them.” 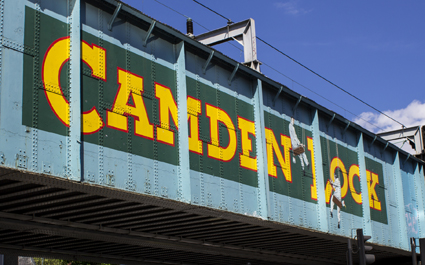 MORE than 300 indie bands have been discovered in Camden Lock after it was drained for repairs.

The musicians, caked in thick mud and entangled with shopping trolleys, empty cider cans and discarded crack cocaine wrappers, are being cleaned and restored by volunteers.

One particularly tough knot of human detritus turned out to be Shed Seven, The Shop Assistants and Klaxons.

Workman Tom Logan said: “Once the worst of the filth was cleaned off, they got Shed Seven running and we heard a brief burst of Going For Gold before they stuttered to a halt.”

The bands, thought to have blundered into the canal while drunk and wearing shades at night, are being pieced together by volunteers who have appealed for help from anyone who read the NME between the late 80s and 2002.

EMI executive Joseph Turner said: “It’s all very well putting these bands back together, but there’s only a limited amount of mid-afternoon festival slots and I want those kept free for younger, more attractive folktronica acts.”

She said: “Working out whether a man in skinny jeans was a member of the Wombats, the Guillemots or the Pigeon Detectives is very hard.

“And drummers often have no idea what band they were in because they were at the back and not paying attention.”