GOTHS have warned against exposure to sunlight during and after the heatwave.

Goth Stephen Eldritch-Wolfsbane said: “Don’t go in the sun, you’ll burn and anyway there’s no point. It’s not like it’ll make you happy.

“The parks will be crowded but that will just make you feel more alone than ever. The frisbees, the cool boxes…it’s all so meaningless and awful. None of them understands the dark nature of beauty.

“Avoid alcohol unless it’s snakebite or red wine sipped from a pewter goblet designed to resemble a dragon’s claw.

“Always remember you are fragile, like the wings of a moth. If you must go outside wear a massive black coat with loads of zips on it, or a ball gown.” 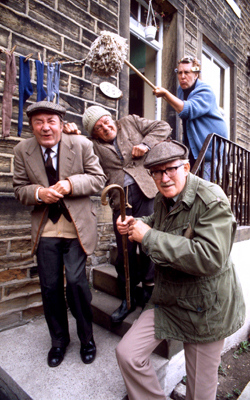 MANCHESTER United’s new boss Louis van Gaal has slammed the quality of the booze left behind by Sir Alex Ferguson.

On his first day in the job, former Holland boss van Gaal inspected the magnums, jennies and jeroboams assembled by Ferguson over 27 years, and declared them woefully substandard.

“I don’t care if it’s a Chateauneuf-du-Pape or a Slovenian retsina, if its mouthfeel isn’t velvety it’s going straight down the sink.”

The Butthead lookalike went on to announce that the days of three-for-a-tenner deals from Morrisons were over, also declaring a moratorium on any wine that used exclamation marks in the tasting notes or had a cartoon animal on the label.

Van Gaal’s comments will fuel suspicions that Ferguson allowed the quality of United’s wines to decline in his final seasons in charge.

Rumours have also abounded that the long-serving coach secretly emptied several prize bottles of rioja before his departure, replacing them with his own blood, which has a slightly lower alcohol content.

Man United fan Tom Logan said: “I want us to buy loads of English wines even though they cost a fortune and look embarrassing when you put them next to proper European stuff.”

Van Gaal also dismissed the merits of the single bottle left behind by David Moyes, a bottle of cava put on ice in August last year and never opened.