VITAMIN C has been relegated from the premier league of nutritional compounds after another scathing attack on its performance. New research shows that the vitamin, found in citrus fruit, crisps and Bailey's Irish Cream, offers no protection against common ailments such as colds, sniffles, flu, chestiness and demonic possession.

It's the latest blow for the traditional alphabetic vitamins which have toyed with the affections of mankind for over a century.

Last year vitamin B was struck off the vitamin register after attempting to bribe scientists at Cambrige University and vitamin A has seen its market position weaken after it was bought by a private equity firm.

Meanwhile an increasing number of consumers are turning to a new generation of compounds and supplements developed by the the world's biggest brands including Vitamin Coke, Vitamin Beyonce and Vitamin Playstation 3.

"I'm still a big fan of Vitamins E and K. I'm managing to hold on to most of my hair and the 'old chap' can still do the business at least twice a week."

He added: "I'm not saying you shouldn't eat vitamin C. I'm just saying that if you do, you'll probably die." 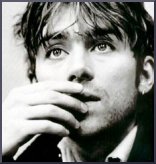 WHEN I give interviews these days, the first question I’m asked is: Are you and Noel on speaking terms? This is one of the reasons I don’t do interviews – I’m totally sick of questions about the whole 'Blur v Oasis' thing. We've all moved on. I have. But that arrogant, swaggering, sneering Northern shit clearly hasn't – as I saw for myself on a recent BBC music documentary.

I'm only too happy to let the whole thing go, but after I'd rewound the interview with Noel for the 12th time, I sensed a little hostility when he delivered the line 'fake cockney middle-class twat'. One of the best things about maturing as an artist is that you're able to cast aside the constraints of rock music, and begin to experiment with new exciting sounds and ideas. Speaking of which, I've started this really radical collaboration with the local Salvation Army band. These people are, like, amazing musicians.

There’s this one old guy in particular called Vic who plays the tuba – one time, Damian Hirst and myself were watching them play outside the local Argos, and I have to admit that he moved me to tears with his wonderful playing – he was, like, awesome – I’d never heard 'parping' like that in all my years as a professional musician. Off the back of this inspirational moment, I went home and wrote this, like, really amazing story about a man who can only communicate with other human beings by playing his tuba, and set it to music – it's a kind of musical, if you like. The highpoint of the piece is when, in the face of unrequited love, the central character throws himself off a building whilst playing Onward Christian Soldiers.

Last night was very special to me, and indeed everyone involved in the new opera I've just penned. The idea originally came to me as I was working on my new sound sculpture/installation, which comprises of an industrial-sized bucket of Meccano pieces which is hoisted above a large water tank and dropped in from a height of thirty feet, every two minutes. The Meccano signifies innocence, and the water…er, well you should be able to work that one out for yourselves.

Anyway, back to the opera – and opening night. First of all, let me explain how it came to pass. About a year ago, I happened to be passing through Egypt and like anyone lucky enough to have witnessed the mighty pyramids first hand, I was immediately moved to write an opera on getting back to the hotel.

In my mind, the music and the stage direction had to be totally original, and without any of those shallow, gimmicky stunts which West End musicals always revert to. So, with that in mind the first act sees the young pharaoh make this decree which says his subjects must wear neon roller blades whenever present in his court. It’s also worth noting that in an attempt to ensure the piece was totally authentic, the musicians sheet music is in hieroglyphics and as part of the method, performers sat in a giant sand pit for three hours before each performance.

As the applause rang in my ears after the show, my first thoughts were that of huge relief. But what people don't understand about artists such as myself, is that nothing is ever perfect, I'm constantly seeking to attain the zenith in performance. Which is why I went on stage immediately after the show had finished and shouted at the audience that they were a bunch of imbeciles for applauding this shoddy, second-rate rubbish. I then invited the entire company on to the stage and sacked them, there and then.

What nobody in the theatre realised was that the act of dismissing the cast and crew was in fact a daring piece of  guerilla art which Damien and myself had knocked up over a couple of schooners of Absinthe. The whole thing had been captured on grainy super-8 film and members of the public will be able to see it at my up and coming Tate Modern exhibition.

One person who I won’t expect to see there (or any other cultural gathering for that matter) is Noel Gallagher. He wouldn’t know his Dada from his radar, would he? The fact is, I’ve moved on to fresh fields, and he’s still performing in fields full of 250,000 people! How pathetic is that?