BRITAIN'S chief medical officer was last night forced to deny links to the international skunk trade after calling for the price of alcohol to be doubled.

Sir Liam Donaldson said he was opposed to all artificial stimulants and claimed that increasing the price of drink would encourage people to stay in and watch Lark Rise to Candleford while sipping a glass of luke warm tap water.

But critics insisted Sir Liam must have known that doubling the cost of the nation's favourite drug would inevitably encourage hard-up consumers to shop around for better value.

Professor Henry Brubaker, of the Institute for Studies, said: "How could anyone who is not in league with the skunk barons think that this is a good idea?"

Professsor Brubaker also pointed to a recent television campaign which suggests that taking skunk is like going to a groovy party inside your own head.

He added: "A couple of the guests seem to be a bit out of sorts, but all parties are like that and at least no-one is getting steadily pissed on Jacob's Creek and going on and on about house prices. Meanwhile the majority of the young man's alter egos seem to be having a lovely time.

"One can only conclude that the chief medical officer is lying awake in bed at night thinking of new and diabolical ways to get us all skunked-up to the eyeballs."

Government sources last night hinted they would reject Sir Liam's plan stressing they may be catastrophically incompetent and hopelessly out of touch with public opinion, but they weren't morons.

Emma Hollis, a wine drinker from Twickenham, said: "If the price of alcohol doubles I will have to rethink my weekly shopping budget. What I can say is that, one way or another, by nine o'clock on a Friday night I am going to be completely and utterly off my tits." 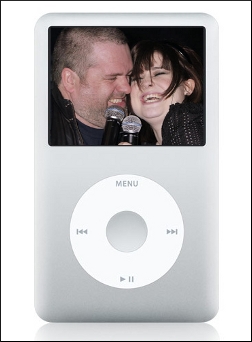 APPLE  has unveiled a new 4GB MP3 player which will be dominated by the voice of disc jockey Chris Moyles laughing at his own flatulence.

The company said the new 'moylesPod' will feature the DJ talking over the first 20 seconds of all your favourite songs while cracking jokes about homosexuals, immigrants and people with talent.

An Apple spokesman said: "The challenge of distilling Moyles' delusional ego down to 4GB was incredible. Squeezing 30 stone of ill-founded arrogance into a player the size of a battery is the equivalent of stuffing 62 Robbie Williams into a matchbox."

The company said there were concerns that such massive compression could create a 'point of singularity' sucking in all cogent thought and turning the moylesPod into a vast, black hole of mediocrity.

The device will retail at £99.99 and has already been described by Stuff magazine as a 'hellish combination of micro-technology and tiresome gittishness'.

New voices will be available by download, including the cast of Skins and Achmed, the terrorist skeleton puppet. Teenager Charlie Reeves, from Wimbledon, said: "I can't wait to hear him say 'And now it's The Fear by Lily Allen – I keel you!' He is perhaps the only genius working in Britain today."

Future upgrades could also feature intelligent playlists, with software filtering out songs based on an algorithm measuring originality, musicianship and the absence of Elton John.

Beta-tester Julian Cook said: "I loaded all my CDs onto the moylesPod – James Blunt, Take That, Ting Tings – but every time I pressed play, it told me to fuck off and just played 30 seconds of Jimi Hendrix over and over again like an aggressive drunk man hogging the stereo at a party.

"I want to batter it with a spanner."