Elderly to get daily ghost pranks

ELDERLY people are to get vital heart exercise from people jumping out of their cupboards dressed as the undead.

A government spokesman said: “Old people hate the gym because it’s noisy and they don’t have china cups, so we’re bringing fitness into their homes in the form of terrifying paranormal encounters.”

Health workers wearing old wedding dresses with fake blood on them will climb through old people’s bedroom windows then hide behind the door clutching a knife. 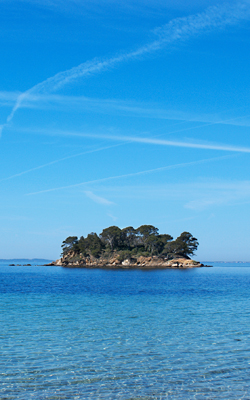 GUESTS on Radio 4s Desert Island Discs are actually abandoned on a remote Pacific atoll, the BBC has revealed.

Since 1942 the broadcaster has marooned thousands of celebrity guests on tiny islands with just eight pieces of music for comfort.

Most of the 19,000 previously uninhabited rocky outcrops in the Pacific now have heavily-bearded media personalities on them, waving desperately at planes passing overhead and cursing their agents.

A BBC spokesman said: The show would be pretty pointless if we didnt actually plan to subject the guest to a lifetime of unendurable isolation.

It would be little more than a string of interminable anecdotes from people youve barely heard of.

I can only imagine that most of them perished a long time ago, but at least they had the likes of Spandau Ballet to provide a soundtrack to their arduous and ultimately futile daily battle for survival.

Sometimes Im haunted by their confused, fearful expressions when theyre bundled on to a plane at the end of the show, but as a Radio 4 producer you become immune to looks of quiet desperation.