Everyone to live an extra six hate-filled years

THE average life expectancy has increased by six bitter, ignorant years since 1990, researchers have found.

Doesn’t agree with these teleporters they have now

Advances in medical technology means that Britons are living longer than ever before while detesting every single minute of it.

Professor Henry Brubaker, of the Institute for Studies, said: 200 years ago, a 40-year-old was considered a wise elder and barely had more than a few months to seethe about the changing world around them.

But a 40-year-old today has half a century to slowly realise they despise everyone and everything and to loudly voice those feelings.

What a wonderful extra six years they will be, moaning about flying cars and making politically incorrect remarks about cyborgs.

We believe the truism lifes too short will be replaced by lifes intolerably long by around 2050.

I demand immortality so I can loathe this nursing home and the family who stuck me in it forever. 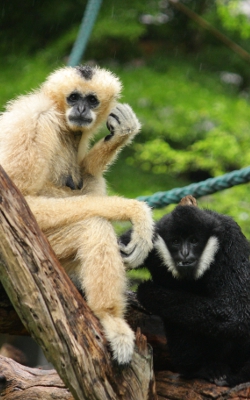 THE producers of Gogglebox have confirmed that the departing Michael family will be replaced with five hooting gibbons.

The family of apes, housed in a spacious semi-detached with flowery wallpaper, will be filmed screeching and throwing faeces at a clips of various popular shows and news stories.

Producer Carolyn Ryan said: Viewers are going to love gibbon patriarch Martin, whos very much the dominant male who hisses and bares his teeth whenever Huw Edwards is on.

Mum Jenny likes to sit close to the screen and pick imaginary mites off Danny Dyer during EastEnders, and the kids spend most of their time swinging around on the light fixtures and screaming.

“Plenty there for your average Gogglebox viewer to identify with.

Martin the gibbon said: Im looking forward to the Downton Christmas special, though it does anger me that my wife submissively offers her inflamed hindquarters whenever Lord Grantham is on screen.

We’re working on our own catchphrase and the favourite so far is WHOOPWHOOPWHOOOOOTWHOOPWHOOOOOOT, which we intend to use while watching Strictly.

If all goes well we’re hoping to work with Attenborough. The guvnor.

If the gibbons prove popular then producers plan to introduce more animal families, with 400,000 termites already lined up to share their thoughts on The Great British Bake-Off.