Calling for a ban on food fat, researchers said that millions of consumers were eating it without even knowing that it could be the same stuff that makes up 90% of their bottoms.

Julian Cook, from Reading University, said: “It does seem to be mainly beige foods, like pie and crisps and chips and I suspect that’s where we’ve been going wrong.

“For decades it was assumed that it was the beige that was making everyone so fat. That’s why we advised people to stop eating sand and waxed pine furniture.

“Plus, Fern Britton wears a lot of beige, so it wasn’t like we were just guessing.”

He added: “We did some lab tests by putting tracksuit bottoms on a monkey, but that proved inconclusive. It was then that I turned to my enormous lab assistant Roy in exasperation, but he said he was too busy eating a load of chips and crisps.

“On a hunch, I asked Roy if he ate a lot of crisps and he said yes, he liked all food that contained ‘fat’. It’s not often scientists get to say ‘eureka’, but I did feel as if I had just cracked a large one.

“We’re currently working very hard to find out what ‘fat’ is, but it does sound very similar to ‘fat’ and is even spelled the same way. And as you know, scientists don’t believe in coincidence. Not really big ones anyway.”

Mother-of-two Nikki Hollis said: “It sounds like some crazy superstition. But on the other hand, they are experts. I’m torn.”

And cake enthusiast Stephen Malley added: “If you could see my belly button you’d notice it doesn’t still have have an umbilical cord attached and that’s because I wasn’t born yesterday.

“It’s caused by beige. Even a child knows that.”

Schools To Send The Thickest 25% Home 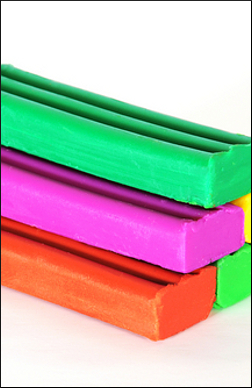 EDUCATION spending cuts will be managed by sending the dimmest quarter of pupils home to spend more time with their chew toys.

Testing will ensure that anyone unable to get more than 96% in exams will be given a largely-pictorial note for their parents telling them they are on their own.

Under the cost-cutting reforms teachers will be trained to identify a pupil’s STP, or Stupidity Tipping Point, via key signs such as an aptitude for PE.

Once the STP has been reached, the teacher throws a ball into the street, waits for the child to chase it and then bolts the door.

Mr Osborne added: “There has to come a point when schools accept that continuing to throw education at certain children is as much a waste of taxpayer’s money as an NHS hospital giving physiotherapy to an amputated foot.”

The cuts will be phased in over four years with an immediate Â£68m saving from teachers not phoning their most cretinous pupils every morning to remind them they have to go to school.

Professor Henry Brubaker, who is advising the government on cutting the higher education budget, said: “I think we’ll start by making A Levels a bit more University Challenge and a bit less Catchphrase.

“And it might be an idea to try and shift higher education away from resembling, to all intents and purposes, a big, pissed-up creche.”