PEOPLE who goad crocodiles for 30 minutes a day tend to weigh less than those who do not, according to new research.

The Institute for Studies found that being near crocodiles regularly resulted in a healthier body mass index than an occasional ‘crocodile binge’.

Professor Henry Brubaker said: “One of our subjects went from 16 stone to under 12 stone after just nine daily teasings.

“At that point his willpower started to fade so we used a hoist to lower his wheelchair into the enclosure.

“His weight loss then slowed down to roughly one finger a day. The crocodiles seem to find the chair a bit fiddly.”

Professor Brubaker said early results show the the same effect can be achieved with sharks, tigers and a pack of Alaskan timber wolves.

He added: “People who binge on crocodile goading often goad the crocodile when it’s resting or full.

“The key is to combine short regular bursts of goading with a massive carnivore who is incredibly hungry.”

Helen Archer, who used to goad crocodiles for six hours once a month, said: “Either I’d had a bad day at work or had been dumped by some bastard and my immediate response would be to put on my PJs,  grab a stick and poke a crocodile in the face.

“Now I goad crocodiles every day, I’m full of energy and have one of those crazy looking metal blades instead of my right leg.”

Friends Reunited to do one of the things that Facebook does 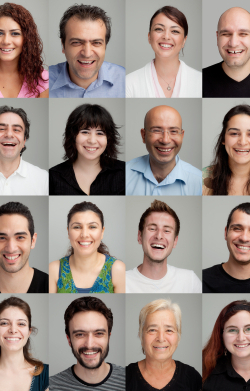 FRIENDS Reunited has relaunched with a pledge to be not bad at one of the things that has made Facebook enormous.

The steam-powered social network is to make a comeback by helping people share photographs and sentences that will help them remember things.

A spokesman said: “It’s all about nostalgia. In the same way that Facebook connects people who knew each other years ago and allows them to talk about their shared past, so will we, except we will keep saying the word ‘nostalgia’ until it loses all meaning.”

“Like all nostalgia it will be at once vaguely comforting and acutely embarrassing.”

He added: “Their slogan should be ‘Using Friends Reunited – Like watching an episode of Howard’s Way‘.”

Meanwhile the website has teamed up with Premier Inn to offer a £50 a night Fuck-Your-Teenage-Sweetheart special offer.

The package includes a big bottle of cider, a DVD of The Lost Boys and a guaranteed morning-after feeling of total emptiness.