PEOPLE who visualise Gordon Ramsay’s face while they are on the toilet can reduce their risk of bowel cancer, according to new research.

A study of 1000 meat eaters found that bowel cancer rates were 25 percent lower among those who regularly pictured the TV chef each time they defecated over an 18-month period.

Gastroenterologist, Dr Emma Bradford, said: “We think it might be something to do with his chin.”

Bill MacKay, said. “I was suffering from persistent bowel complaints because of the all the bacon I put on my donuts.  Then, I tried the Gordon Ramsay technique and within 48 hours I was a new man – cranking out the old top ten hits with a big smile on my face.”

IBS sufferer, Stephen Malley, added: “At first, it seemed like the treatment had been a complete success. So my girlfriend took me out to to celebrate at our local Tandoori with a goat head vindaloo which we washed down with two pints of Goldschlager and some roofies.

“The next day, I found I couldn’t control the Gordon in my head. He kept doing that dance he likes to do – the Turkish one where his balls are outside his flies. I woke up in hospital with both my legs in traction.”

Dr Bradford added: “Already we’re exploring fascinating new applications. Last week, we noted a 70 percent drop in prescribed stool softeners after we fitted some toilet cubicles with a life size cut-out of Ed Balls giving a speech to the TUC.

“And in urology, patients can pass their kidney stones in under three minutes if the catheter nurse wears a Kate Winslet mask with special holes for the eyes and tongue.” 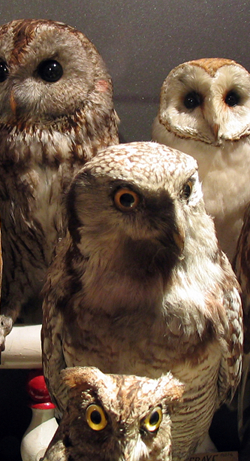 BRITONS will spend any amount of money in order to get a ‘plush toy’, it has emerged.

Following the successful use of fabric rodents to lure insurance buyers, the financial services industry has abandoned making its products more competitive in favour of free toys with soft fur and big, kind eyes.

Professor Henry Brubaker of the Institute for Studies said: “In the past six months we have seen an explosion in toy-based mortgages, from Lloyds’ Squiggly Squid Tracker to HSBC’s Happy Hamster Home Loan.

“Although interest rates for toy-based mortgages are typically four times that of non-toy products, the public needs its cuddly snuggle-buddy.

“The desire for the toy overrides all other factors, such as the possibility they may end up sleeping inside a bin bag on a roundabout.

“As a nation we are still very much in touch with our inner child. Whether you think this is a good thing or a bad thing depends on whether or not you’re an arse.”

He added: “Then again, Happy Hamster does have a little bowler hat and when you squeeze his paw he says, ‘Pleased to squeak you’. If you don’t think that’s cute, you have a lump of coal where you heart should be.”

Teacher Tom Logan said: “We already had home insurance when they started doing the free toy. Now I have two lots of home insurance and a new friend.”

Meanwhile chancellor George Osborne confirmed he will borrow £1.4 trillion from the IMF so he can get a limited edition retro sock monkey puppet.