New NHS Reforms To Be Led By Characters From Streetfighter 2

THE ailing NHS is to be kicked into shape using an array of characters from Street-Fighter 2, it was confirmed last night.

Health secretary Andy Burnham said the characters will take control of the eight worst performing NHS primary care trusts in England and Wales and drive-up standards through the use of Spinning Bird Kicks, Yoga Flames and the slightly rubbish Hundred Hand Slap.

Blanka, E Honda, Guile, Ken, Ryu, Chun-Li, Dhalsim and Zangief, will work with existing NHS management to establish the most successful combination of blows to bring under-performing staff back into line.

A department of health spokesman said: "Blanka believes his ability to crouch on the floor and turn himself into a deadly lightning ball will reduce absentee rates in Devon and Cornwall by around 20%.

"It may be that negligent surgeons will require a flurry of jabs to the face, followed by a glowing ball of energy that will set their clothes on fire and put them into a coma. In which case we would use Ken or Ryu."

David Reese, a long-term patient whose body was nearly cut off in a line-dancing accident, backed the reforms, adding: "If Dhalsim is on the ward billowing fire continuously from his mouth, then I might finally get a Scrabble set with none of the vowels missing."

Guile, 25, an American GI who can break the sound barrier with his kicks, said: "If I discover any patients lying in their own excrement under my goddam watch, I'm gonna pull someone's windpipe out and use it as a goddam condom. Stat."

The Steet-Fighter 2 strategy follows last year's bid to improve nursing standards with the introduction of an army of 50m tall mega-matrons based on the Tansformer Optimus Prime.

The machines did the job of 100 standard nurses, but were later decommissioned for taking too many gigantic cigarette breaks. 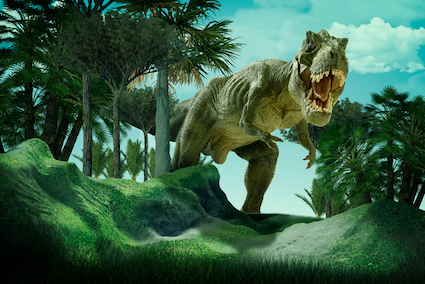 THE steaming Jurassic jungles were alive with the sound of dinosaurs that sounded like aggrieved Scousers, paleontologists have claimed.

Professor Henry Brubaker, of the Institute for Studies, has examined the throats of major breeds of dinosaur and insists they would have produced a noise similar to a rusty wheel spinning in a tuba full of phlegm.

His theory, confirmed by Wikipedia, suggests the extinction of the dinosaurs may have been caused by mass suicide after the giant creatures could no longer bear to listen to themselves.

Professor Brubaker said: “Dinosaurs existed for 160 million years. So anyone who’s used the Euston to Liverpool train – a journey time of just three hours – can fully appreciate the true horror.

“The primordial plains would have sounded like the outside of Yates’ Wine Lodge after last orders.”

He added: “Dinosaurs have been portrayed as slow-moving, dimwitted and prone to shitting where they stood. But most were sneaky, vicious bastards that would wreck your house and bite your face off if they weren’t behind bars.