Sex addiction linked to being a wealthy middle-aged man

SCIENTISTS believe they are closer to curing sex addiction after identifying an unusually high incidence among rich, ageing men.

Researchers found the condition is most prevalent among very affluent married men of middle age, who are better than average at lying.

They are also likely to drink in hotel bars, wear designer socks and to own a big car with a variety of exhaust pipes.

Martin Bishop, professor of sex needs at Reading University, said: “In extreme cases sexual withdrawal symptoms or ‘sex turkey’ can cause the addicts’ flesh to fall off in big messy gobbets, rather like what happens to Jeff Goldblum in The Fly. Hence they have to keep rutting.

“Back in less enlightened times sex addicts were dismissed as ‘randy buggers’, ‘bin rats’ or simply ‘sleazy’ and endured demeaning comments like ‘he’d get on a clipped hedge, the filthy shit’.

“Thankfully those days are over and being unable to resist putting your genitals in people is rightly recognised as an illness, like diabetes but with a twinkle in its eye.”

The recent explosion in sex addiction follows the emergence of a new super-strong form of sex known as ‘JackRabbit’.

“It is instantly addictive and most men who try it quickly find themselves living in a derelict hotel room just off the M4, carefully tiptoeing their way between dozens of sharp, dirty skanks.” 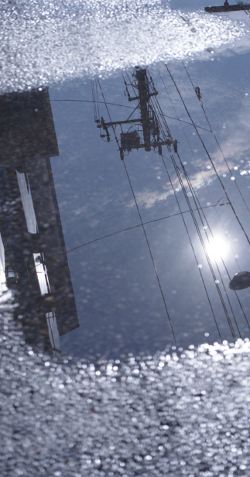 FORMULA 1 bosses have been urged to make their multi-million pound cars slightly more adaptable than a 10-year-old Nissan Micra.

As Jenson Button pointed the remains of his car over the finish line before anybody else in the Canadian Grand Prix, many viewers wondered how several billion pounds worth of design had struggled so much to cope with the average road conditions of Manchester in July.

Ferrari boss Stefano Domenicali said: “While I realise that our racing cars might not have a decent cup holder due to weight considerations, I would hope that after spending the GDP of Burkina Fasso they might be able to turn the odd corner when there’s enough water on the road to drown a millipede without hurtling themselves over a crash barrier or just bursting into flames.

“In fact, by now I’d really expect them to generate their own microclimate which not only dried the track around them but also encouraged the driver to change into his shorts by the time he’s finished the race.”

Footage from yesterday’s race is already being pored over by Hollywood producers who believe it could be invaluable in their upcoming reboot of Harold Lloyd and the Keystone Cops Go Ice Skating.

F1ologist Wayne Hayes said: “It’s difficult to hear over the sound of the engines and Lewis Hamilton voicing his opinion of Button, but in the background you can actually hear the cars generating the noise of swanee whistles and trombones.

“While all eyes were on Button’s dramatic not-suddenly-forgetting-how-to-drive-like-Vettel-did, at the back of the race you can clearly see the last car crossing the finishing line with 37 old-fashioned policemen clinging to the sides of it.”