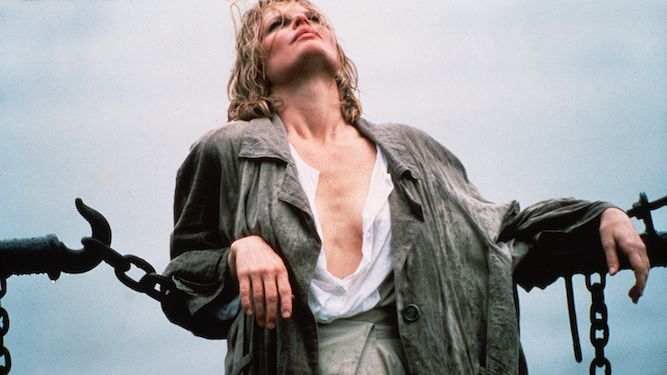 Such a staple of teenage wanking it’s surprising a whole generation didn’t grow up with a fetish for slimming girdles and twin-sets. Even when unearthed by archaeologists 25,000 years hence, the last Kays catalogue will fall open at the lingerie section.

Any TV with a hint of nudity

The fabled Channel 4 red triangle saw millions of teenagers watch classics of French New Wave cinema for a flash of boob. Soon TV execs realised they’d get tabloid headlines for anything controversial and millions tuned in to The Singing Detective only to realise it was mostly about flakey skin.

More an adult thing which makes it even more pathetic, but shit like 9½ Weeks did incredible business. Males under 18 had to make do with the hotties in Carry On films on TV, slightly marred by the presence of Terry Scott and Bernard Bresslaw.

Strip poker on an 8-bit computer

Anyone playing frustrating computer poker to unveil pixelated hotties was desperate in a way today’s men cannot comprehend. Especially when they ran out of clothes and a bug made them saucily bet their ‘As63RD##;..%’ before the game crashed.

The moment any teenage boy realised his mother’s Jackie Collins and Pat Booth books were absolute filth, he never looked back. Soon he was haunting the library looking for any fat novel about a young woman’s journey through a patriarchal society where she shagged a lot.

Very, very weird. Apart from Playboy extremely British and working-class, with titles like Big Jubblies, articles about fighter planes and lorry drivers writing letters about nymphomaniac hitchhikers. Most HGV drivers chose their careers thinking it would be non-stop sex rather than f**king around with a tachograph.

Suddenly get really good at football: Scotland's routes to qualification 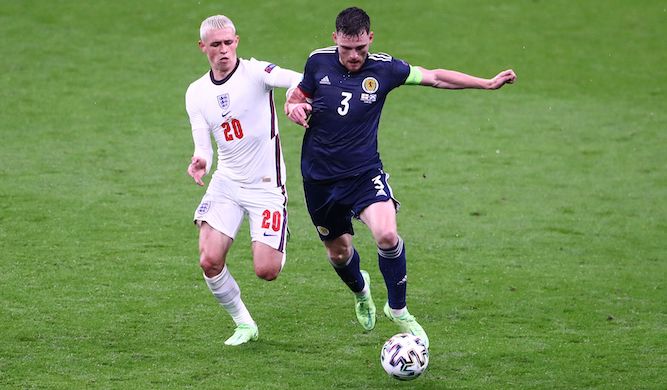 SCOTLAND’S hopes of qualification hang by a thread. Which of these miracles could see them get through to the next round?

Suddenly get really good at football

There are other factors – the pitch, the support, the mentality – but ultimately the easiest way to win at football is to be better at football than others. Scotland have the whole day to become more adept than Croatia at hoofing a ball into a net and they’ll sail through.

If Croatia threw in the towel then Scotland would beat the group stage for the first time by default and a whole nation would dance in the streets to an administrative decision. Unlikely and would only happen if players were, for example, terrified of catching a killer virus from their opponents.

Invent a new style of play

Spain shook football with tiki-taka and Germany achieved great success with gegenpressing, so all Scotland has to do is invent a brand new and highly effective playing style by this evening. Thinking caps on lads, time’s ticking. Yeah, a couple of cans probably would help.

Erect a Perspex screen in front of their goal

David Marshall did pretty well against England’s single shot on target last Friday, but a Perspex Covid screen would provide total protection from penalties. If Scotland erect that while demanding Billy Gilmour be replaced by six players who add up to his total value, a win’s in the bag.

Merge with England and Wales

Those bastards have got through, so surely they’re open to teaming up? A new Great Britain team could take two places in the knockout stage, bulking up squads with Scottish players to commit the fouls. This move would surely go down well with drunken supporters up and down the country and bring a newfound strength to the union.